I've always had a bit of an interest in old fashioned foods and candies. No trip to the amusement park was complete without visiting the candy shops and amassing a small bevy of candies that you simply couldn't purchase at the convenience store. Be it gummi or rock candy, I just had to get my mitts on it.

So when I saw that the local supermarket had started carrying the old fashioned Adams gums, I couldn't resist. 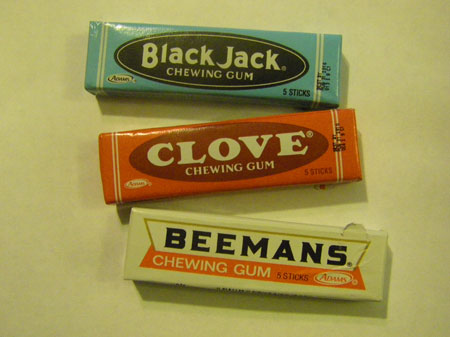 Up for a chew, old chap?

Adams was a favorite of mine as a kid. I don't know if it was the packaging or the odd flavors, but I always snatched a pack when we happened into a soda fountain or specialty shop. But just who was Adams and why clove?

It all starts with Thomas Adams. The guy just couldn't seem to find a vocation that suited him, so he sort of bounced around for a while, trying various trades in photography and inventing. Well, he started importing chicle from Mexico in an attempt to make tires and other rubber goods. I've read that he got his connections from his friendship with Santa Anna, but I don't know if that's true or not. Anyhow, the business is not going so well, so one day in 1869, he pops a piece of chicle in his mouth and figures the taste isn't half bad. Two years later, he starts selling his chewing gum for a penny a piece.

As time went on, Adams began experimenting with different flavors to add some variety to his newfangled confection. With other gum barons like the Wrigleys getting into the game, the key to survival was to make a better gum. So Adams began marketing under different labels. The gums below were discontinued in the 1970's and later brought back in the 80s as a nostalgia product. 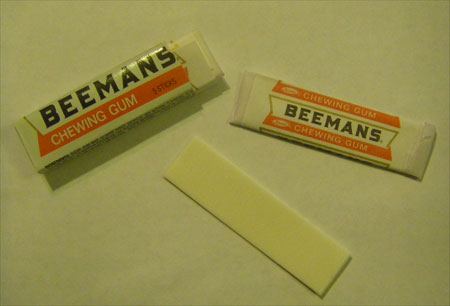 Beemans was invented by a physician called Edward Beeman who marketed the gum as a digestion aid. Adams acquired the product in 1898.

As far as the taste goes, Beemans tastes exactly like what wax lips used to taste like. I don't know if there are any wax lips aficionados out there, but I definitely consumed my fair share during Halloween. It's a minty-chicle flavor that's not bad and a nice alternative to spearmint or wintergreen. 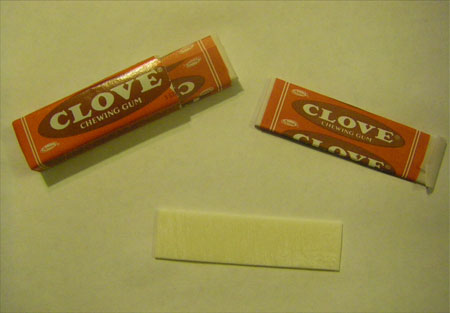 Clove was always my favorite as a kid. It's sweet, it's spicy, it's like chewing a clove cigarette. This product was a big hit during the roaring 20s when it was found that the clove scent masked the smell of alcohol. Nothing like clove and bathtub gin. 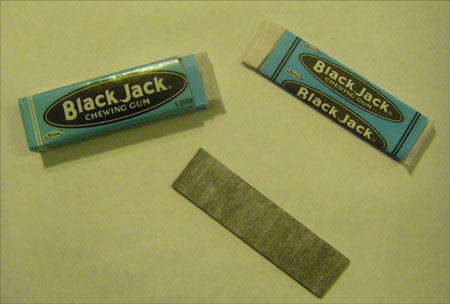 Black Jack is flavored like black licorice and it definitely has a bite to it. I personally like it, but I can imagine that this one would definitely turn a lot of people off. It's sharp and has a really strong licorice flavor to it with a sweet aftertaste. I also think that this one does the best job of freshening the breath.

I don't know if you would say the gum is good or not and the flavors are definitely akin to Necco Wafers, but it makes for an interesting chewing experience.