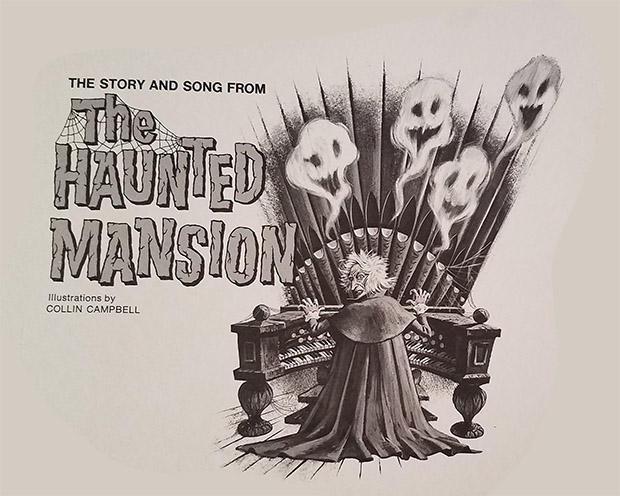 There are only a scant few days left for celebrating Halloween this year and I've been saving this little gem for just such an occasion. It's Disney's 1969 Haunted Mansion LP complete with 11 pages of ghastly illustrations. This is also a special record for me because it is my childhood copy. These Disney records were my main motivation for investing in a turntable when my daughter was born. Back in the day Disney made records for just about every property they owned (and then some) and most of them came with pages of illustrations that are uniquely Disney in the best possible way. 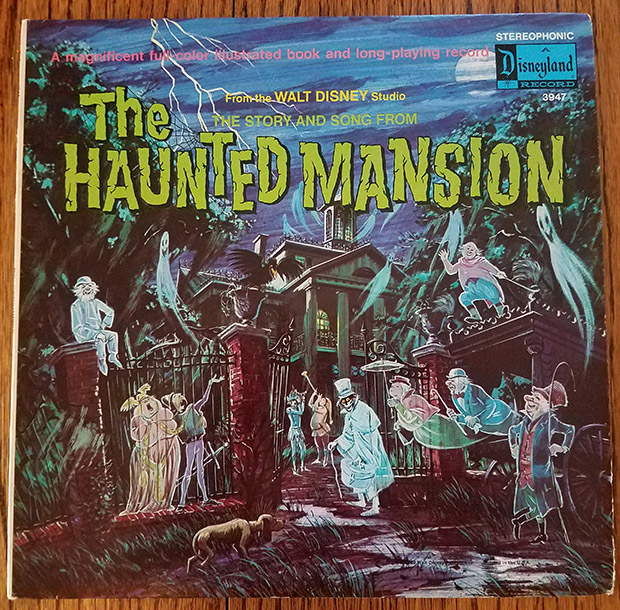 The cover of this record both intrigued and terrified me as a kid. I was born and raised just a short drive from Disneyland, so we went a couple times a year throughout my childhood. And I remember staring at the Haunted Mansion, wondering what could possibly be within the walls of the foreboding plantation house. Granted, I was also terrified of Innerspace because I was convinced that it actually shrunk you- I mean what if the ride malfunctioned? What then? Would they re-embiggen you? Would you get free tickets to come back another day? Lifetime pass?

This record offered me a glimpse of the Mansion's terrors from the safety of our suburban home.

The other notable thing about this album is that, instead of reading along with the book, the record is actually a dramatic recreation of the ride. People put some real effort into this thing. It also provides you with a glimpse of what they intended the ride to look like upon its opening in August of 1969.

The audio is rough because I probably abused it pretty good during my childhood: 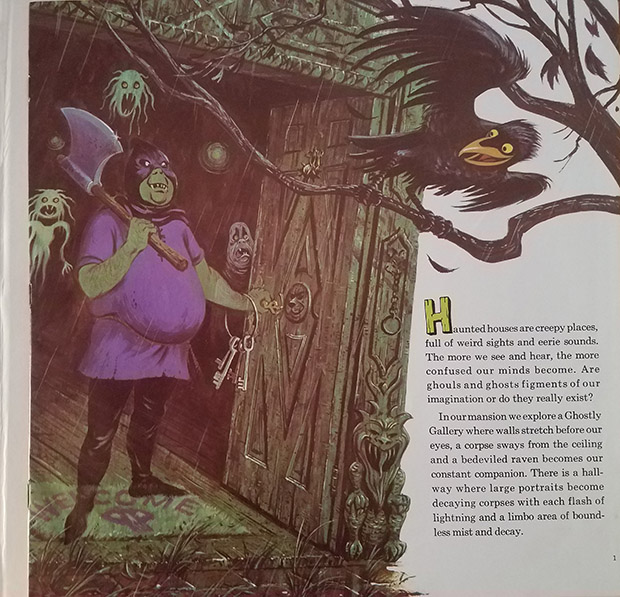 The story centers around Mike and Karen, two teenagers who are walking home following a date. They run into some unexpected rain and decide to take shelter on the porch of an old dilapidated home. But then the front door opens- and they go inside. Their ghost host tells them that they will not be harmed, but they will not be released from the house until they complete a tour. So just imagine your chair's a doom-buggy and enjoy the ride. 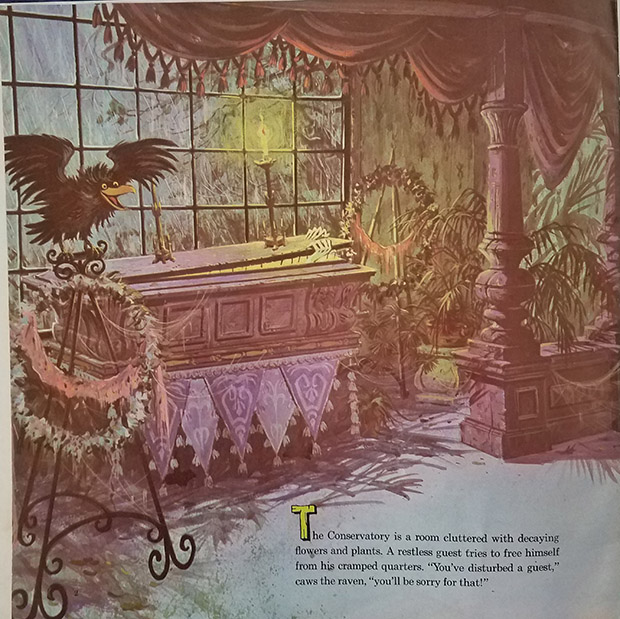 The scene describing the stretching room and the hanging corpse is a bit colorful for a Disney album. I wonder how they would have done that bit today. 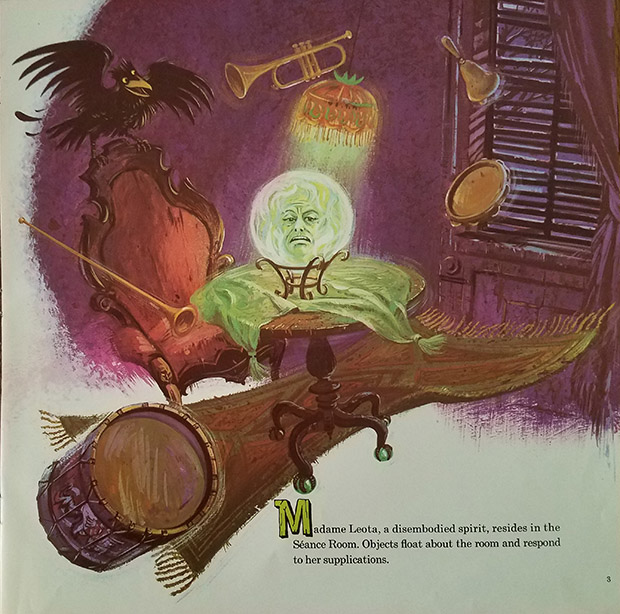 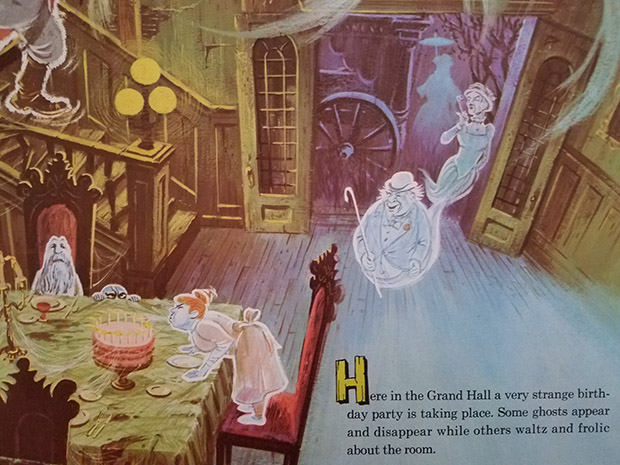 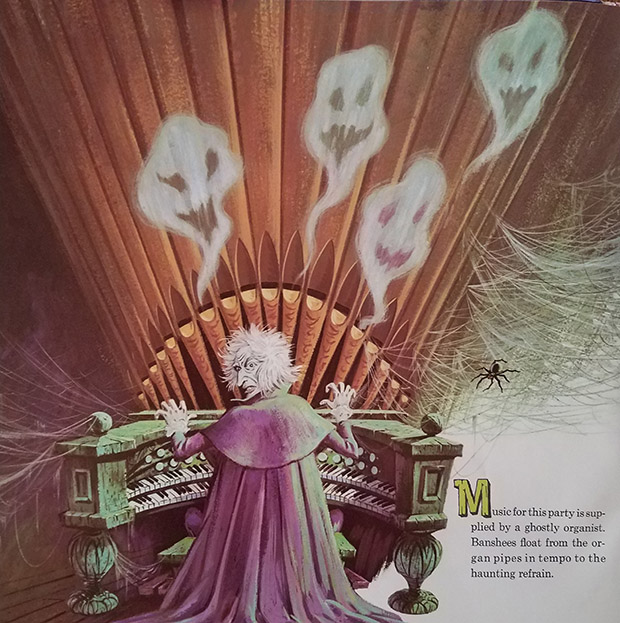 The Hat Box Ghost described here was removed within a few months of the ride's debut because the effect didn't work. Though, the bride was terrifying enough in my opinion. 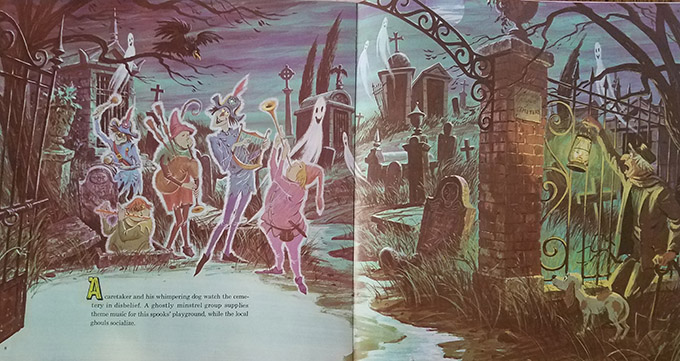 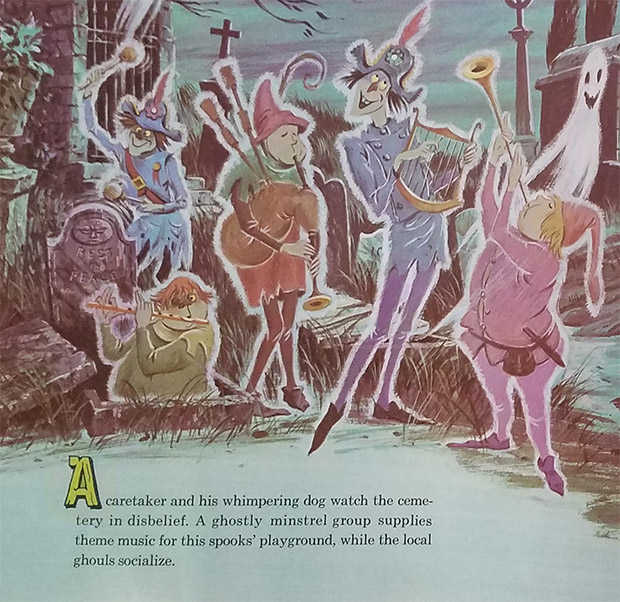 The graveyard is where the spirits really come alive 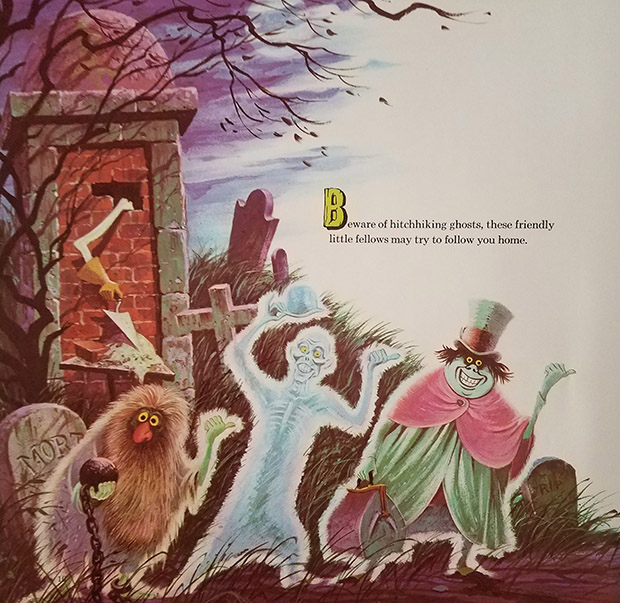 The hitchhiking ghosts were always a favorite of mine 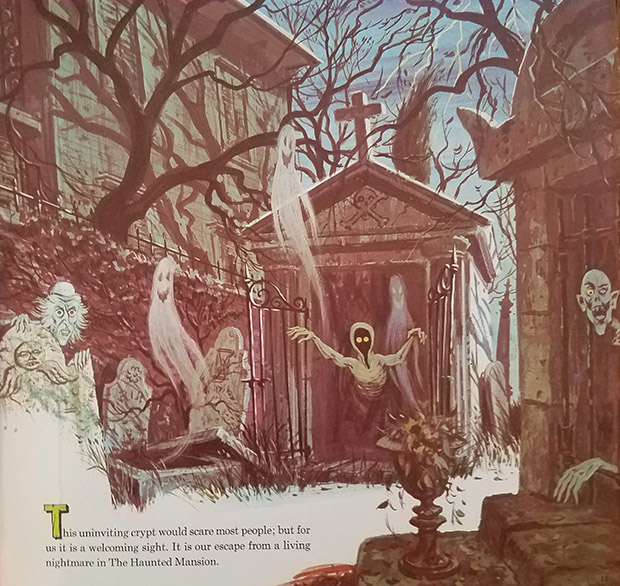 The crypt offers a way out

Our heroes eventually escape to their freedom, but it looked close there for a second! 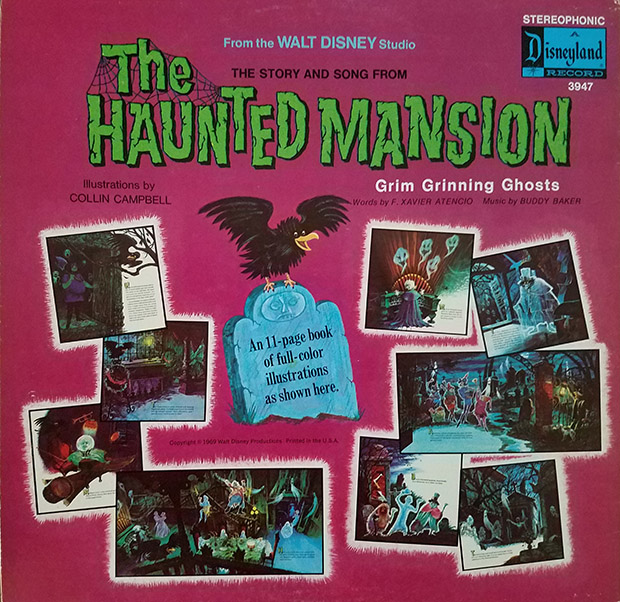 It's always disorienting when you exit this ride during the day. It's like a crowded amusement park is the last place you expect to be. But then you get a good whiff of the churro cart and it all comes rushing back.

I hope you enjoy the audio this year- be sure to leave a comment if you do. Nobody ever leaves comments, much less nice ones. Yes, I'm not above sympathy comments, though I'm always glad you stopped by regardless.