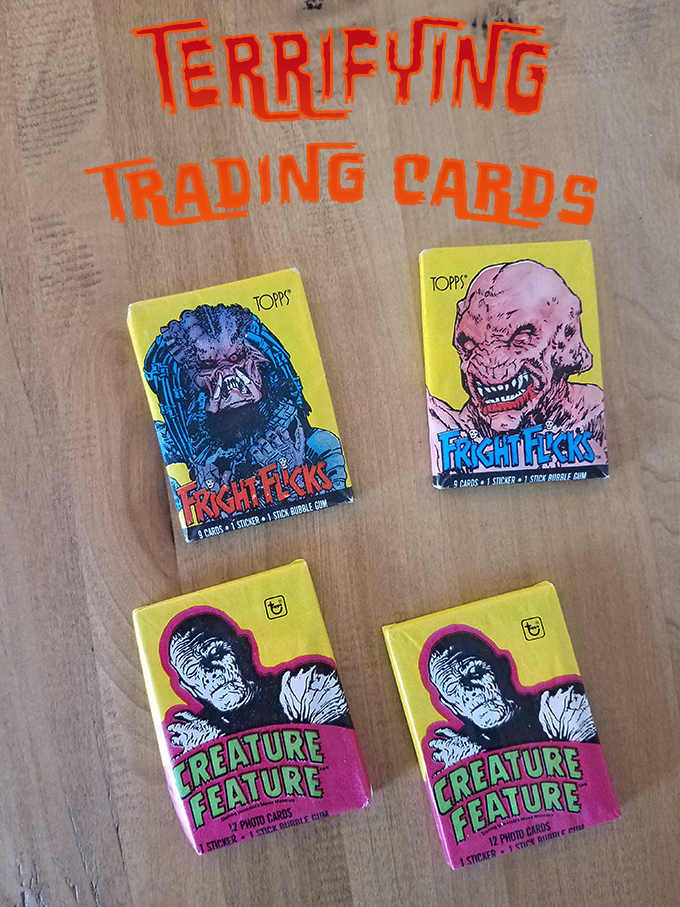 Up today are horror themed trading cards from Topps. I guess that somewhere along the line, the people at Topps had a meeting. Someone important at that meeting said "I don't get it, there are x million boys in America, but we're only selling y million cards each year. I want every boy in this country to buy Topps cards, goddammit!"

So they came out with football cards and hockey cards, even basketball cards, but they still didn't have 100% saturation. Then some intern meekly pointed out that not all kids like sports. I can imagine the execs laughing at the poor little guy, but he stepped up and explained the concept of the nerd. That some kids just didn't like sports and that did not mean they were communists. It just meant that they had other interests. Nobody really got what he was on about, but if it meant they could sell more cards, then what the hell.

And so Topps began making trading cards based on comics and movie properties. These mostly just consisted of low quality screenshots and some trivia on the back- and of course a stick of razor sharp gum and a sticker.

In 1980 they released a horror based line called Creature Feature and then in '88 a follow up called Fright Flicks. 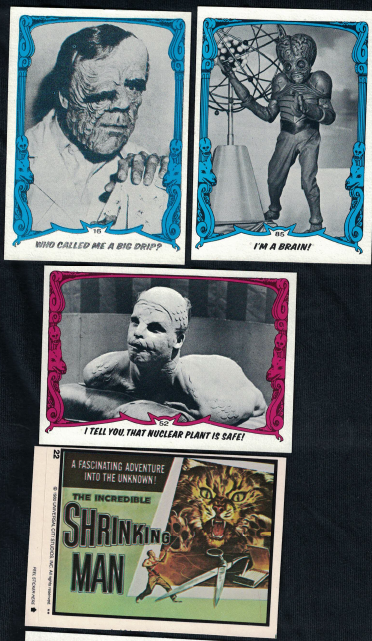 The creature feature cards seemed to mostly feature characters from the 60's complete with little humorous phrases below each pic. On the back there was a macabre little witticism. It's not Oscar Wilde, but it fits with the theme of the cards. Plus these are made for eight year old kids, so I should probably just shut my fat mouth. 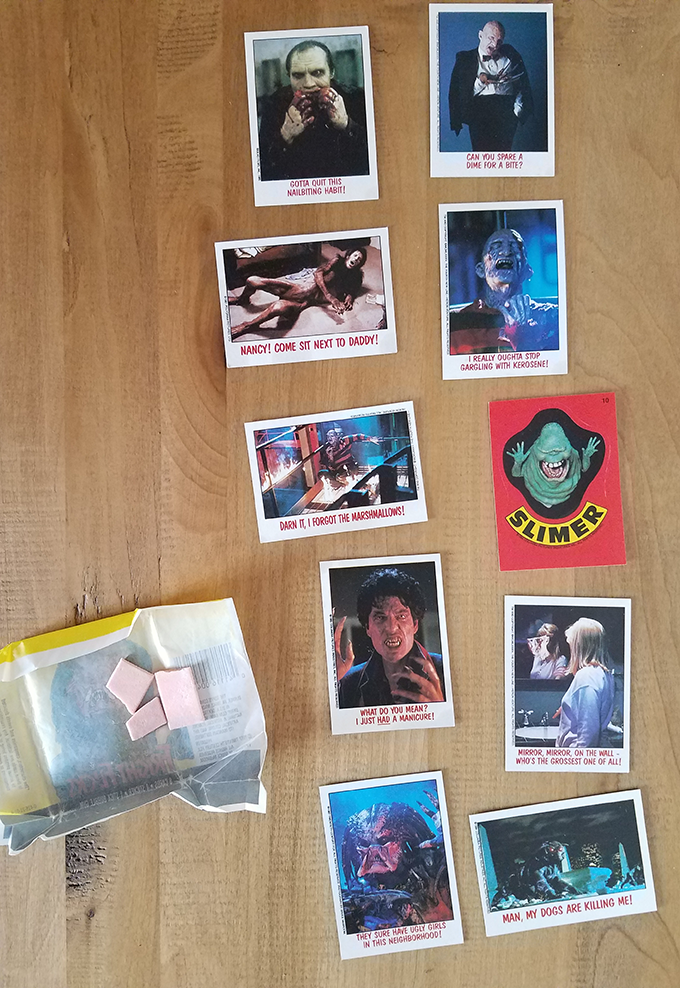 Yes that is a Slimer sticker
and no, you can't have it.

The Fright Flicks cards featured movies from the decade they were made in. The front has the same little funny sayings and the backs have a section called Did it Ever Happen? These are little mysterious and spooky factoids and it's not clear if they actually did happen or not. They don't tell you that part. They don't even say it could have happened: 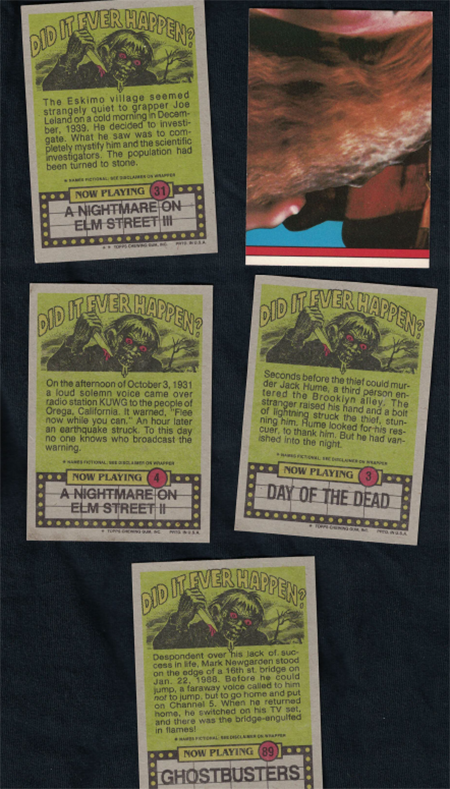 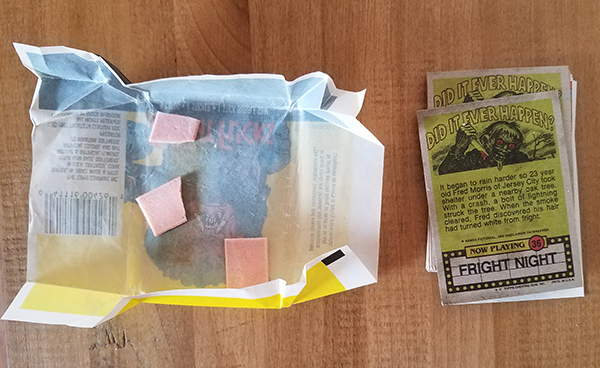 Johnny bled to death after cutting his tongue to ribbons on a stale piece of gum
DID IT EVER HAPPEN?


The cards are definitely lo-fi in construction, but if you were a fan of something back in the 80's you'd eat these up just to have the pictures of movies you loved.

Being a fan of something back then wasn't easy. The internet was non-existent and movies weren't available to rent until several years after they debuted in theaters. I never understood why this was the case, but it must have made some sort of business sense back in the day.

And then one day some intern explained that people might enjoy renting movies that recently left theaters.