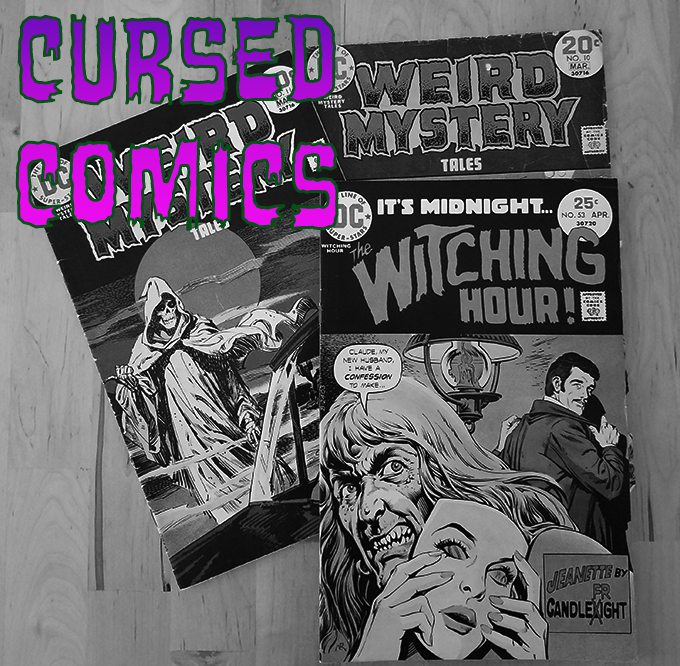 I think that there's something nostalgic about the love for Halloween. Even though it is arguably more of an adult holiday these days, the decorations and costumes all take me back to a time when kids got to rule the suburban streets for a night. A time when holiday specials only aired once and your shopping was limited to whatever the local pharmacy or Hallmark store had in stock. You couldn't just go online to binge on Halloween specials, order the exact costume you wanted, and see what people from all across the world were dressing up as.

There was a perceived scarcity that made you appreciate everything a little bit more.

There's something of that in these old horror comics from the mid 70's. These were before my time, but I think they're still pretty representative of my childhood. Let's flip through, shall we? There's a lot going on with this cover. For starters, the comic is called Weird Mystery Tales. It's simultaneously intriguing and incredibly half-assed. Second, that cover art is so steeped in urban legend that it's basically scripture. The hitchhiking ghost and its many variations has long been a favorite of mine just check out Wikipedia for a few examples.

These comics are all anthology series that have character hosts that provide some continuity - here we have Destiny, but you're probably more familiar with the Crypt Keeper from Tales from the Crypt which was similar.

The artists and writers seem to vary from book to book as does the quality of the work. My guess is that most of the talent wanted to work on the more popular titles. The stories themselves are all pretty much just morality plays with the occasional twist ending.

Take this one for example: 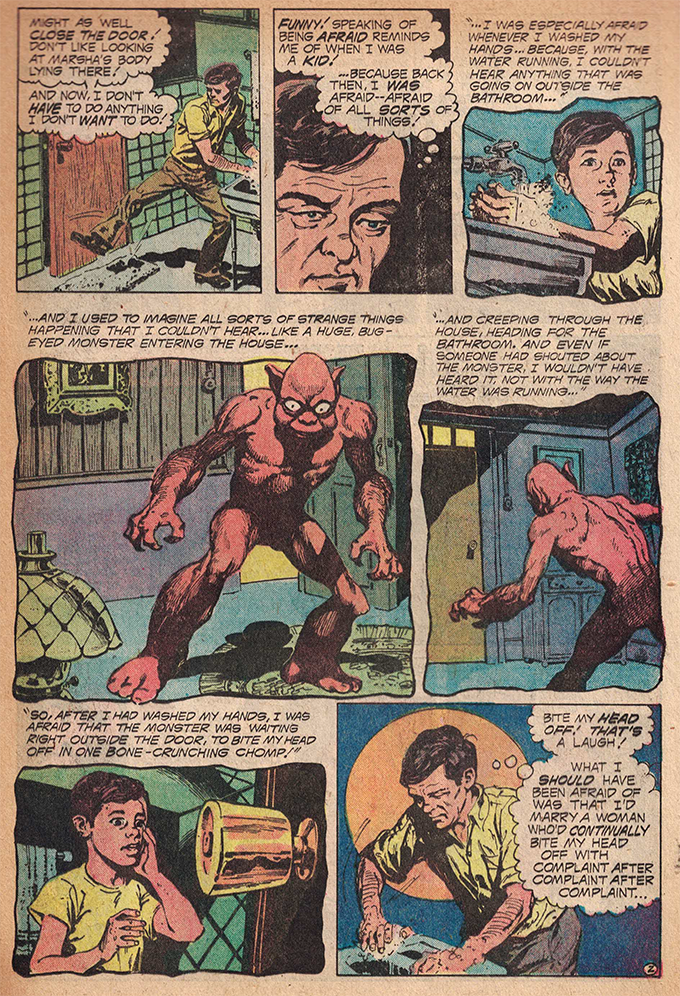 It's your basic story of man murders wife and then, while washing the blood from his hands, the sound of the running water reminds him of how he hated that sound as a kid because you wouldn't be able to hear if a monster were to sneak in and lie in wait just outside the bathroom, waiting to bite your head off and then it turns out there's really a monster there and you didn't hear it come in because you were busy washing your dead wife's blood from your hands. And you never find out who phone was.

Fortunately, if you really thought a story sucked balls, you could always air your grievances with a letter to the editor: Here you see some reaction to the decision to phase out Destiny and replace him with the new host Eve. It's somewhat akin to the reaction over the latest Ghostbusters film, if not a bit more mature.

And of course, there are the ads. Back in the day you could just send money to a PO box and receive your item in 6 to 8 weeks. I never understood why my parents refused to let me order plans that promised to turn your ordinary vacuum cleaner into a hovercraft. Lame. You were just a few bucks away from an awesome haunted house! I really want to know how the bat and ghost obey your commands. The adult me says fishing line, but the child in me is so much more excited by this.

Don't have any money? Don't despair, just spend a few hours selling some seeds or stationery door-to-door and you're all set. It really was a simpler time: 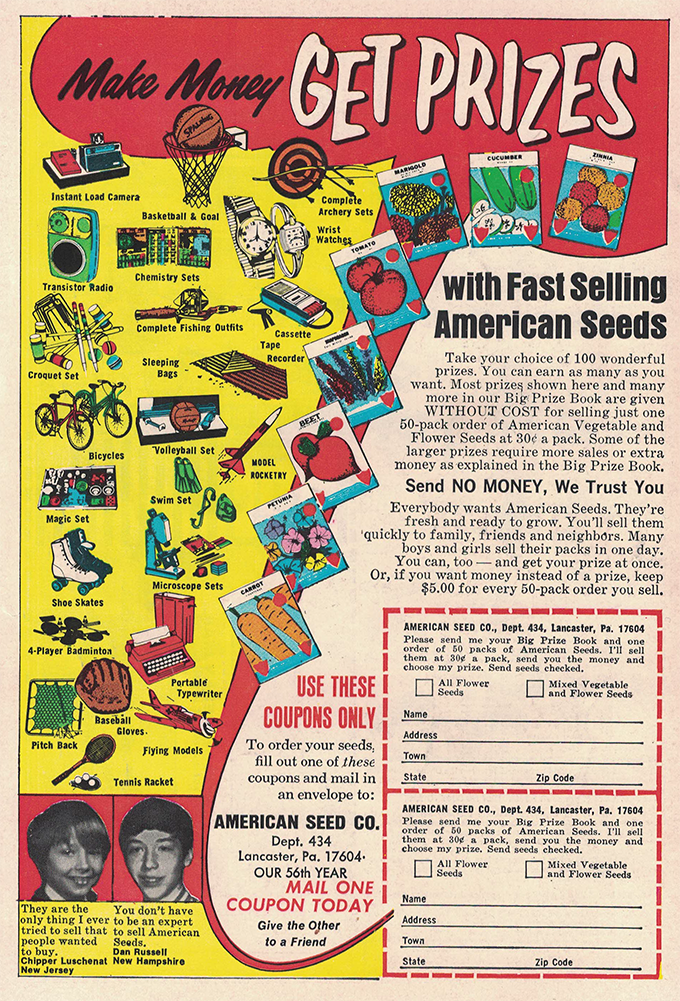 If you have any interest in these, they can be had for a few dollars on eBay. The stories show their age, but the artwork is really neat and its an interesting insight to a time before creepypastas ruled the landscape.