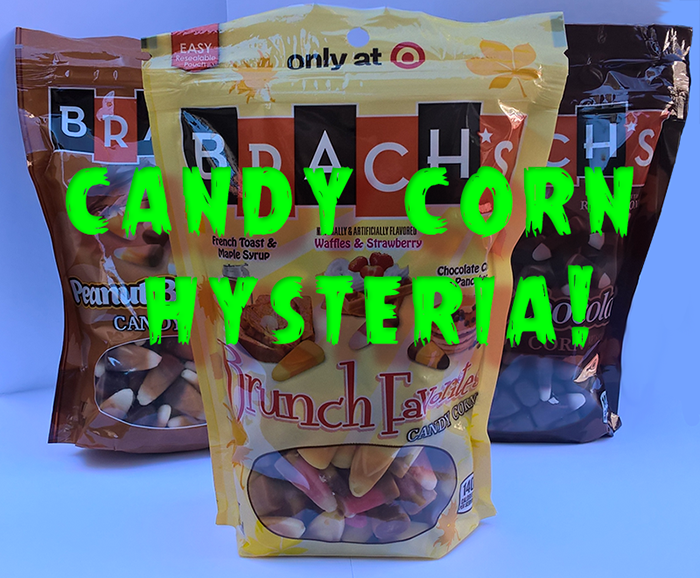 Ok, so I didn't exactly become hysterical when I saw these candy corn varietals at Target, but I did point them out to the Mrs. and say that they would make for something to blog about. And when you consider that I selected these three bags out of the thousands of other things you can find in a Target, then I guess that these are at least noteworthy.

But before I try to write about these waxy curiosities, here are some facts I gleaned from thirty seconds on the web:
Although there are other seasonal variants, candy corn is pretty much synonymous with Halloween. I've also found that even though they sell a lot of it every year, it's a confection that most people don't really care for. I think it's a lot like the jelly bean in that regard: people put it out as a decoration just as much as they do a snack. I guess the flavors of the 19th century just don't carry over to today's consumers. Though I will adamantly defend clove as a legitimate candy flavor whenever given the opportunity.

And just as the trustworthy jelly bean has been genetically modified with the DNA of every candy from Nerds to Starburst, Brach's has taken it upon themselves to introduce some new variations to an old theme. On top of the traditional corn, Indian Corn and Mellowcremes, they've added Peanut Butter Cup, Salted Chocolate, and Brunch to the lineup.

So let's get down to business and see what it's all about: 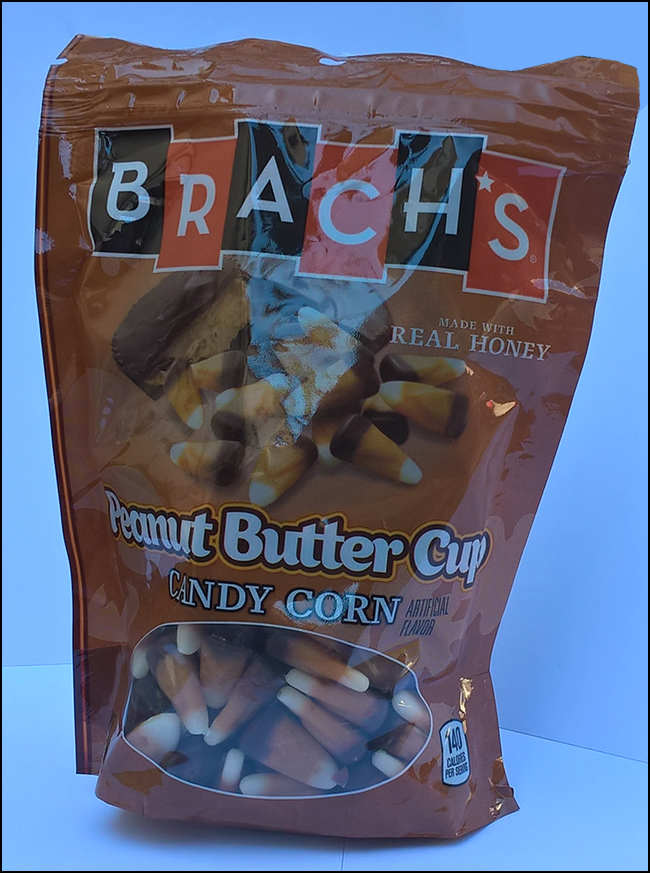 I started the taste test with the Peanut Butter Cup candy corn. I'm a big fan of peanut butter and chocolate in anything from cups to ice cream, so I figured this would be the most palatable of the three. 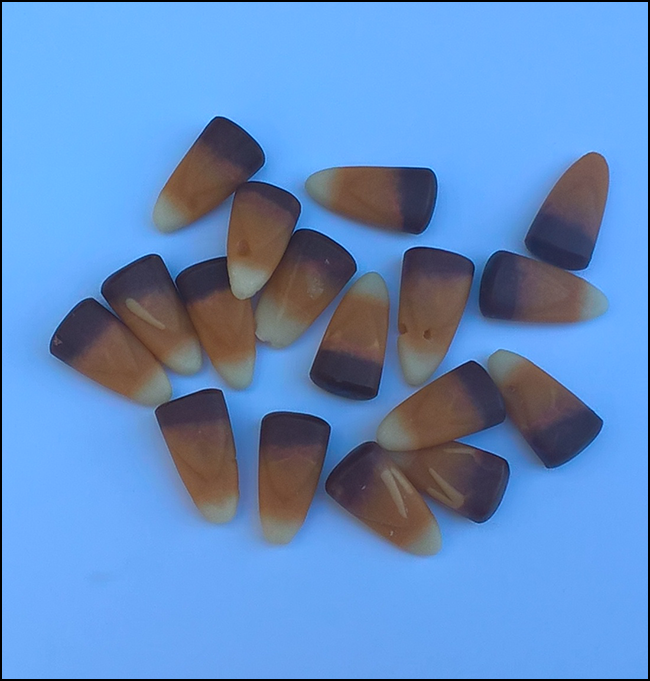 I was really wrong about that. While they definitely had an alluring peanut butter aroma, they just tasted off. Not quite like peanut butter, but sort of like it. Kind of how banana Runts don't really taste like banana. That's actually the best description I can give of these. I know that salted flavors have been on trend ever since artisanal was adopted into the vernacular. With that said, I've always tended to avoid salted sweets because all I ever taste is the salt. The idea behind a bit of salt is that it enhances the flavor, not overpowers it. A salted caramel shouldn't taste like salt and caramel. Rather it should just be a bit more caramel-y. At least, that's how I've always understood it. 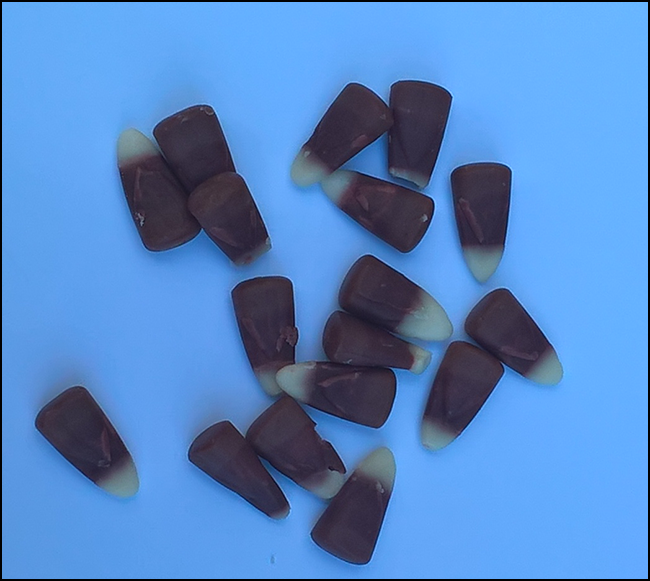 That's not the case here. To be honest, I didn't taste the salt much at all. Instead, these have that faux-chocolate-much-too-sweet flavor where you can taste the cocoa powder, sugar, and some mystery chemical, only you taste them all individually instead of as a whole. Actually, a bit of salt might help here. Or maybe they salted it just right and its really enhancing the faux-chocolate. In which case, maybe less salt is what this really needs. Or maybe it is just me. Maybe I should stop trying to write about food. 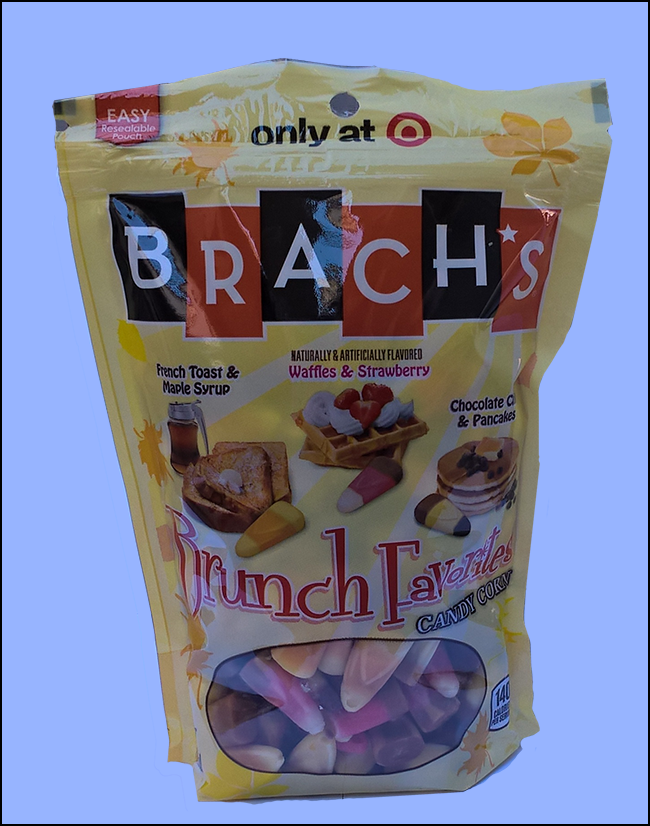 Up next is Target's exclusive flavor: Brunch Favorites. I don't know how they settled on Brunch as a flavor for candy corn, but I bet it took place at a late morning meeting. The other thing is that these flavors are really more of the breakfast ilk: french toast, chocolate chip and pancakes and strawberry waffles. Poached salmon and hollandaise is conspicuously absent. 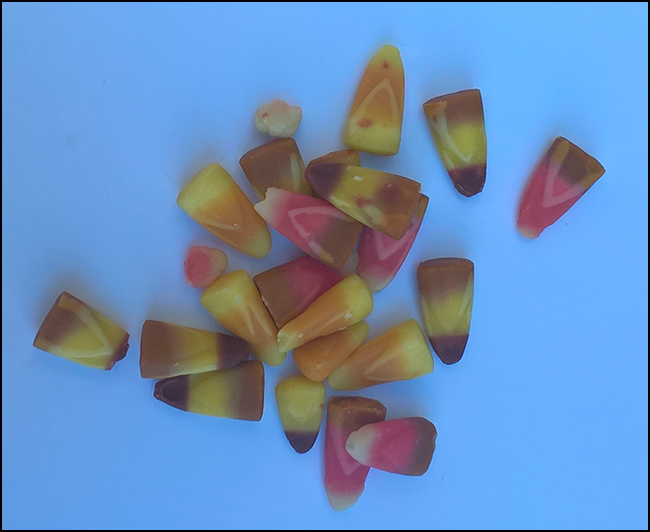 I don't think they skipped salmon by accident. Instead, they went for a common thread with the french toast, pancakes, and waffles. No, not carbs, maple syrup, and that's exactly what you taste here. There are hints of chocolate and french toast and strawberry, but it's all accompanied by syrup. They're strangely addictive albeit very sweet just like original candy corn.

But if there's one thing that candy corn really shares with jelly beans, it's that I keep going back to the original. Though I do mix it up with a bit of the old Autumn Mix. I find each bag has just the right amount of the mellowcreme pumpkins. 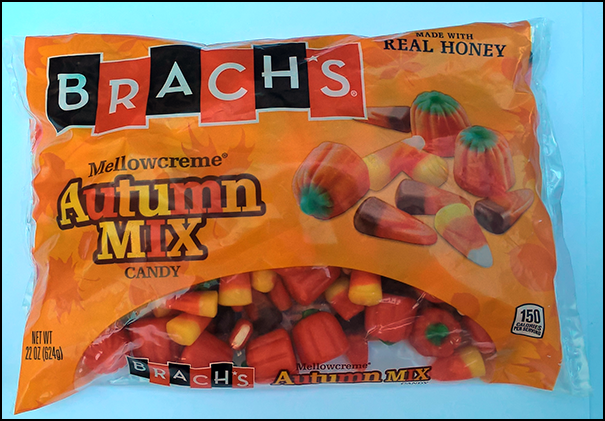 I should also note that Brach's does advertise apple and caramel flavored varieties for the fall, but I didn't happen upon them. Though I did notice plenty of other foods that were candy corn flavored. So you can buy brunch flavored candy corn and candy corn flavored M&Ms- 2016 is truly an amazing time to be alive.