Well, here's a fun Halloween surprise and just the thing to start October. My wife went to a local thrift shop in search of some frames for a project she's been wanting to work on. Nothing too interesting there. She did well, scoring a couple nice oval frames and some rectangular ones that she thought would work. Again, nothing unusual. 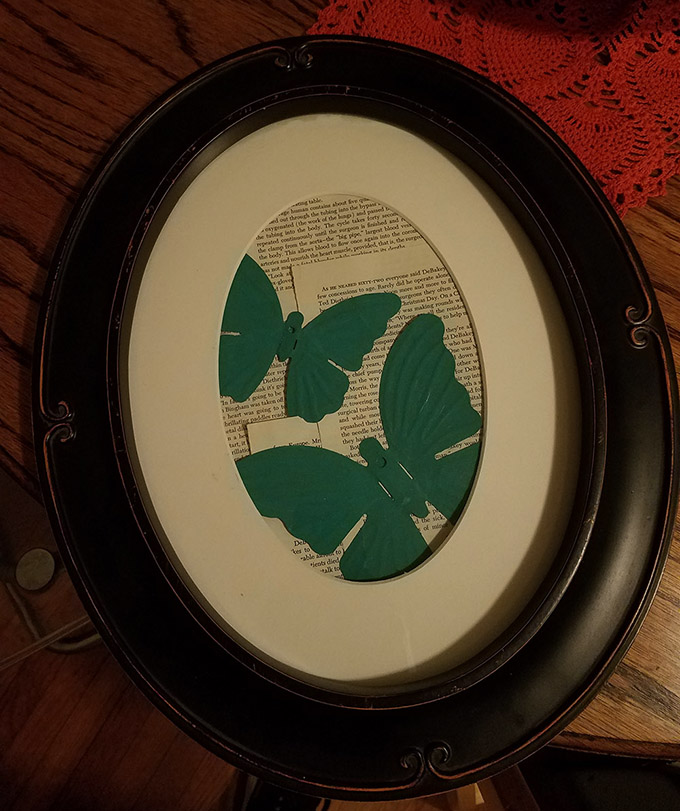 She also picked up this little art project, thinking that she could use the frame . . . even though it looks like the previous owner Pinterested just a little too hard. That's beauty of picture frames, you can just remove whatever it was framing before and frame something entirely new.

Half the frames in thrift shops still hold someone's family portraits. I always wonder about that- taking a picture that is, at one moment, precious enough to frame, and sometime later, worthless enough to donate to a thrift store because you think someone might want the frame. What the hell happened in between? 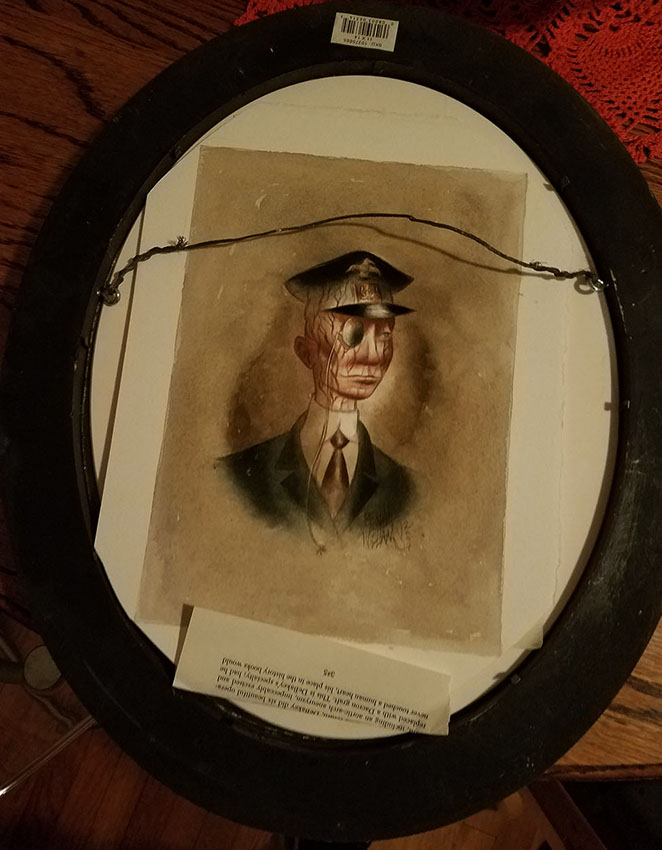 Well, we went to depinterest this one when we found something much less pinteresty on the other side of the canvas. 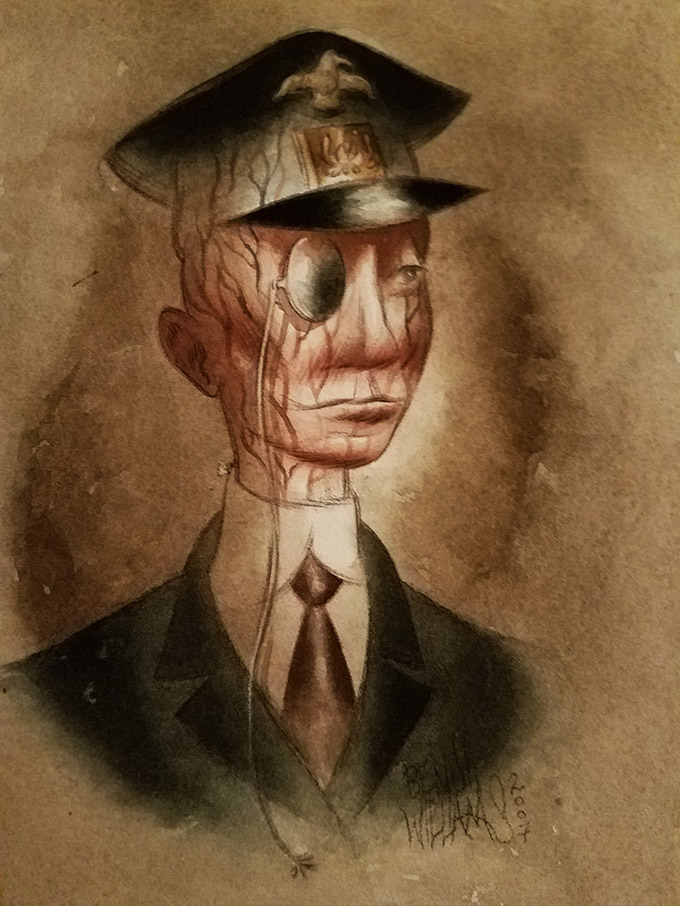 This was certainly surprise. First off, it's really creepy. He looks to be some sort of officer , or conductor: someone with refinement. But he's so creepy, his veins are even visible through the band in his hat. And you know that's probably made of something thick and entirely opaque like leather. Or human flesh. The other thing about this that caught my eye is that it is so well done.

And then there's the juxtaposition of the butterfly art on the other side. It doesn't make any sense. My daughter said it was a true mystery and I agree. Someone decided to turn this painting into butterfly art. And then they decided to donate it to a thrift store. What happened?

The painting is signed Benji Williams, so I did a quick Google search and found out he is a professional illustrator, no surprise there.

But why would he make this and just throw it away? Was it a gift? Perhaps an ex-lover turned it into butterfly art as an act of sublimation on advice from their therapist. Maybe it was a commissioned work, but the customer hated it and refused to pay. Maybe the person who commissioned it really looks like this, but is extremely vain and wealthy and surrounds himself with people who say he's beautiful, a real cross between a young Johnny Depp and Cary Grant. And maybe the portrait was a shock because he's so rich and powerful that nobody has ever dared tell him the truth the way Benji did with this painting. It was such a momentous shock that he cursed at Benji, and he threatened him, and he refused to pay. And Benji was so hurt by all of this that he turned the painting into butterfly art on the advice of his therapist. I don't know, it's late.

I doubt we'll ever know why this ended up in a thrift store, but I'm glad we found it: Our own little Halloween mystery. And besides, it does really go with the frame: 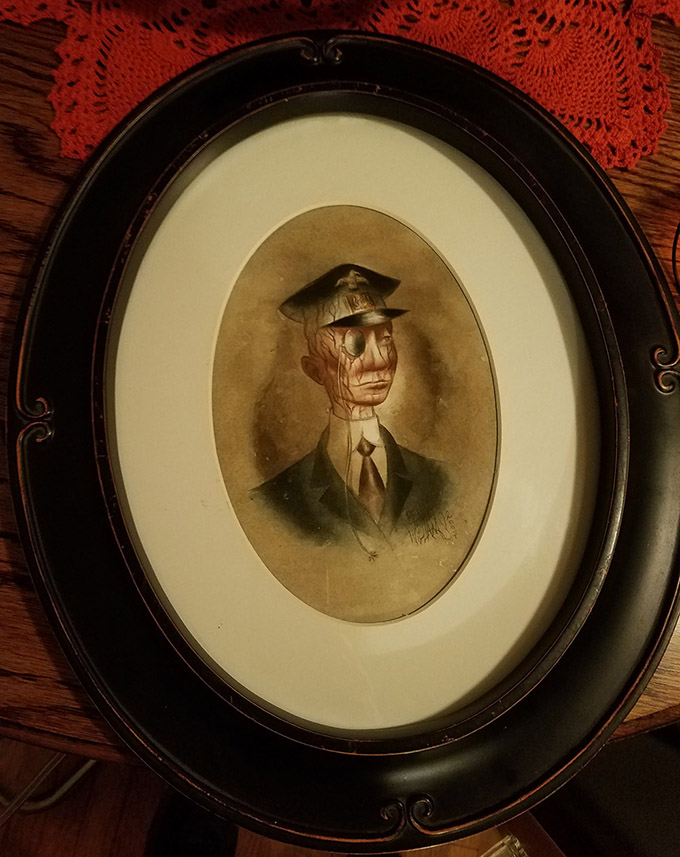