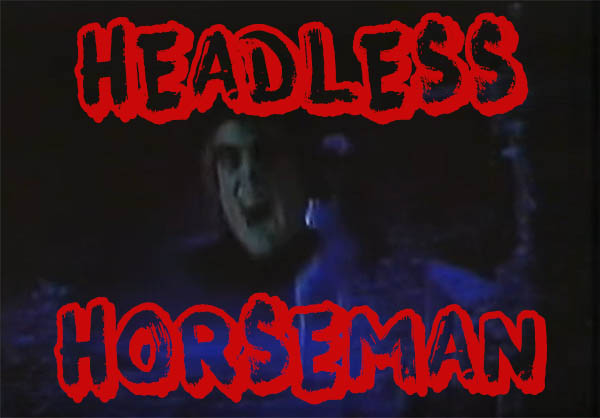 Another of his sources of fearful pleasure was to pass long winter evenings with the old Dutch wives, as they sat spinning by the fire, with a row of apples roasting and spluttering along the hearth, and listen to their marvellous tales of ghosts and goblins, and haunted fields, and haunted brooks, and haunted bridges, and haunted houses, and particularly of the headless horseman, or Galloping Hessian of the Hollow, as they sometimes called him

Halloween is replete with its share of icons. There's Jason with his throngs of knock off hockey masks, Freddy with his glove, the Universal Monsters, it's a long list and they all deserve to be there, but tonight I want to talk about one of the originals and one of my favorites: the Headless Horseman.

The Legend of Sleepy Hollow was also first published in 1820, making Irving's tale a definitive precursor to so many monsters to follow (Frankenstein was published in 1818 and Dracula wasn't until 1897). The other interesting thing about the original story is that it is just as much a droll commentary on NY country-folk as it is a bona fide ghost story.

For me, the Headless Horseman was signified the end of Halloween. Every year after trick-or-treating, I'd pore over my loot while watching Disney's Halloween Treat. This was a series of spooky animated shorts hosted by the Magic Mirror (and, in later versions, a talking jack-o-lantern) that they would play on the Disney Channel every year back in the days when the cable remote was connected to the cable box by, you guessed it: a long cable. The final short was Disney's adaption of Sleepy Hollow. 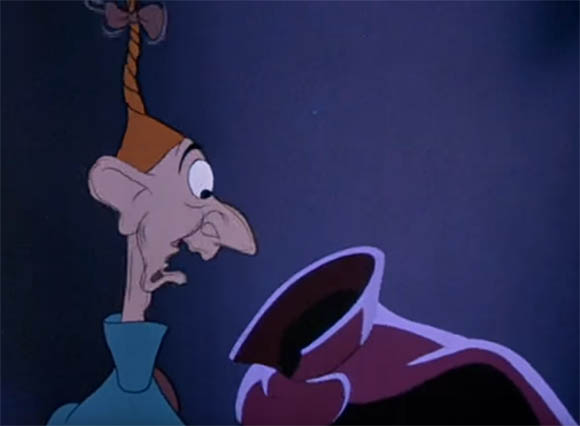 The music and animation in this version are so spot on. It starts out fun and ends with the comically suspenseful race between Ichabod and the Headless Horseman. To me, it remains the perfect send off to the greatest of holidays. I spent many nights as a kid lying in bed and humming the songs to the rhythm of teenagers smashing the pumpkins we'd so carelessly left undefended on our porch.

I think it also remains the best adaptation of the story. I recently read Washington Irving's original for the first time and was surprised to find that Disney lifted much of the narration directly from the original text. I suppose that when you have a voice like Bing Crosby's, you can get away with using such elegant language. 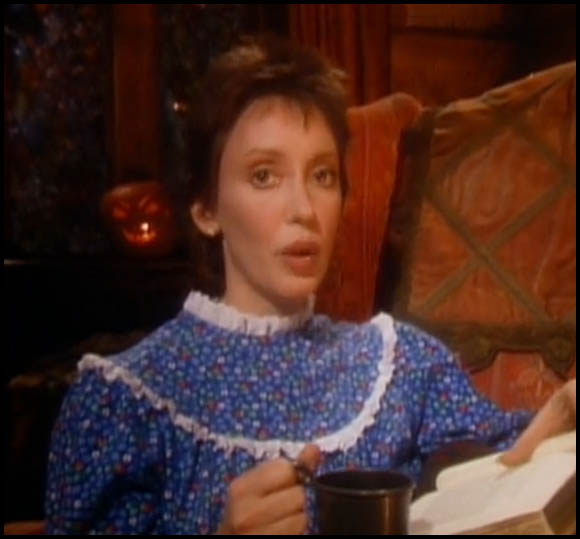 I was surprised to find that there were so many theatrical adaptations of this story. The first movie adaptation came out in the 1920's and Hollywood has been recreating it for the large and small screens ever since. The pic above is from Shelley Duvall's Faerie Tale Theater. It stars Ed Begley Jr. (oddly enough Ed Begley Sr was also involved in an earlier adaption). People my age and older seem to have a real affection for this series, but I have to say that this version falls a bit flat (and runs entirely too long).

vincent Price hosted a show that tackled it in the late 70's and it suffered from similar problems- namely, the Headless Horseman just doesn't come across as scary when you can tell that all the scenes were actually filmed during the day. Those filtered shots always bugged me more than they probably should. 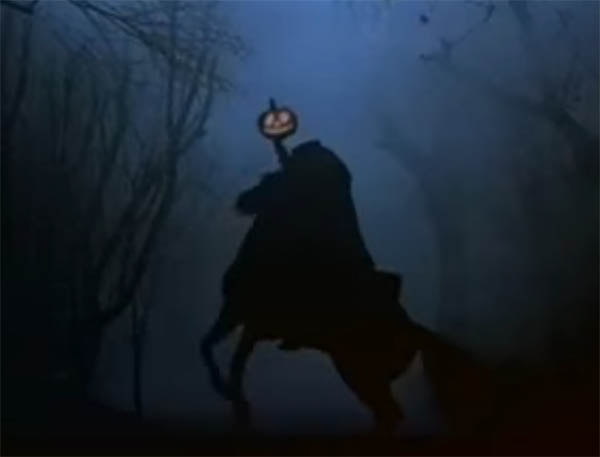 Tim Burton even took this one on. Although his visuals are great and Christopher Walken makes for a fearsome headless hessian, his version veers so far from the original story that it's not quite fair to call it an adaption. At least, not in my book, or blog.

If you're looking to watch the Headless Horseman this year, make it the Disney animated version. You won't regret it. And if you're still not satiated, then why not read the original version at Project Gutenberg. If reading isn't your thing, you can get a free audio recording of the story at Librivox (this narrator does a great job). And if you don't have the time for that, or maybe prefer some more pictures, then look no further: 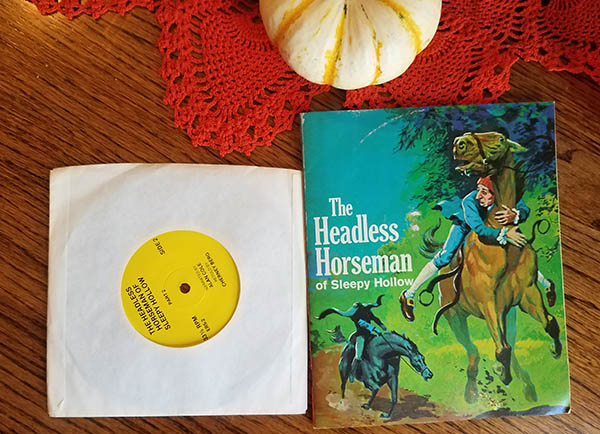 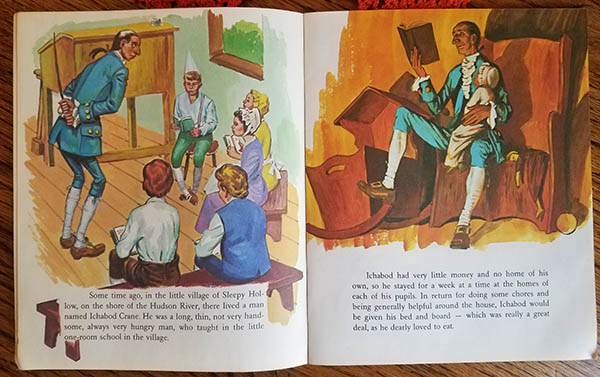 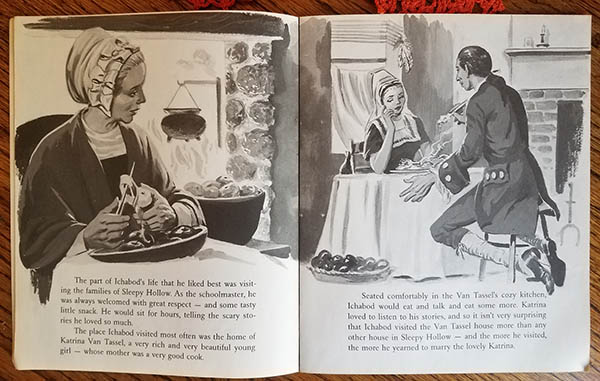 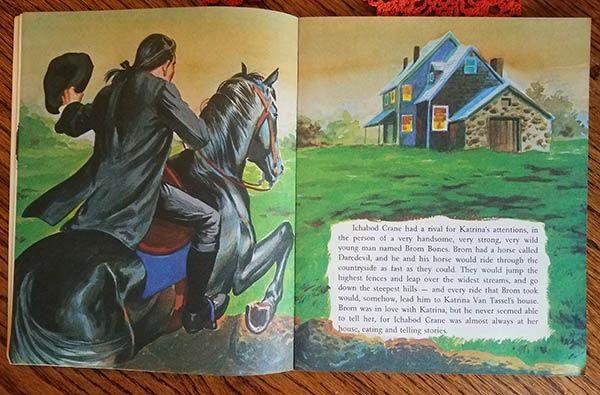 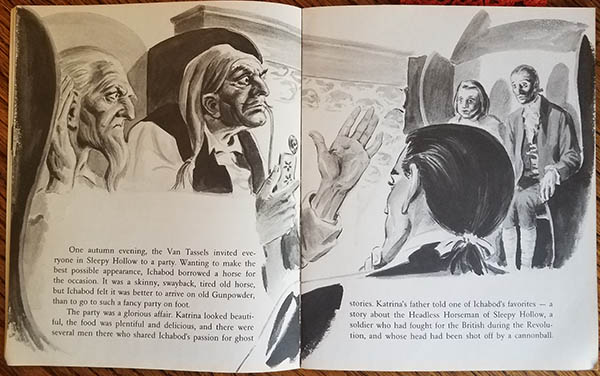 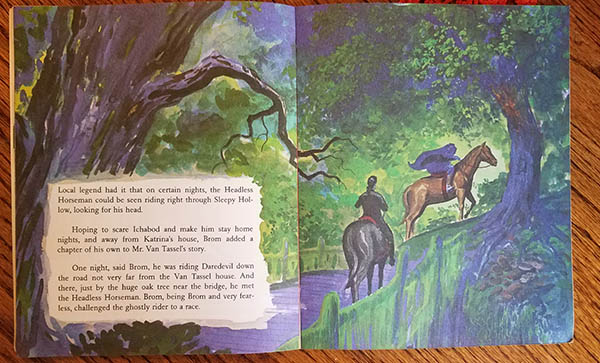 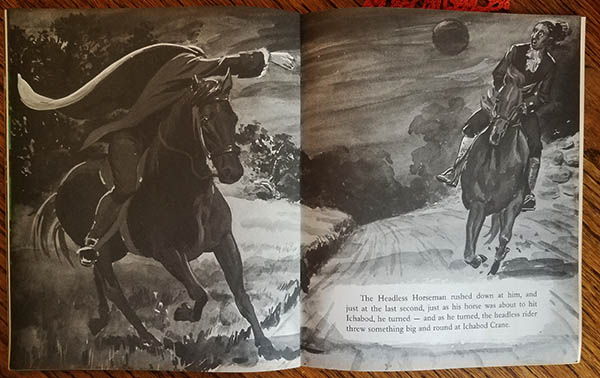 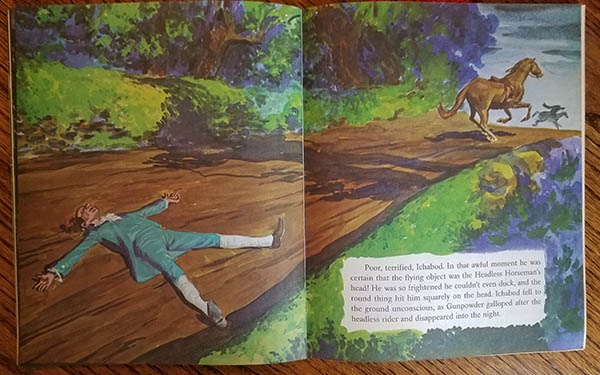 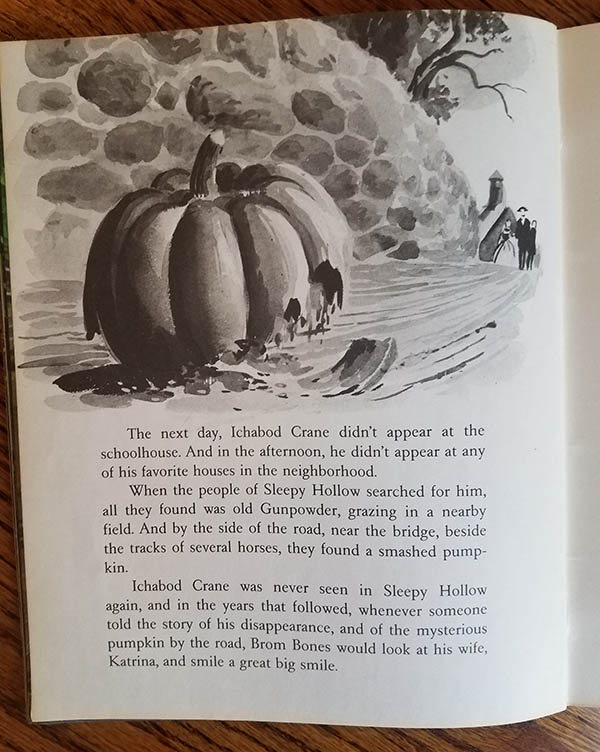 Doesn't that abrupt BEEP bring back long forgotten memories? I swear that the smell of rectangular pizza filled my nose the first time I played this.