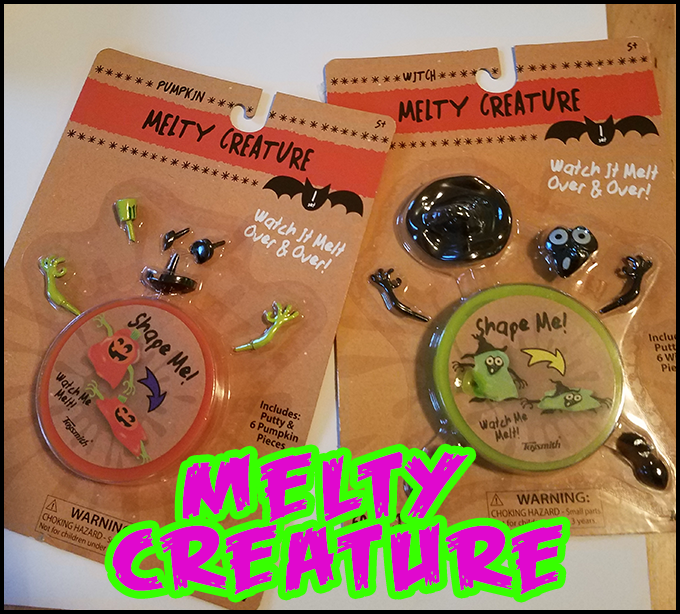 Watch it melt
Over and over!

Up today is a little oddity we found in the dollar section at the local Target. For those willing to get there early in the season, some real gems can be had, even if they are more in the 3 to 5 dollar range. If you're married to a teacher like I am, you probably end up there more than you'd care to remember. 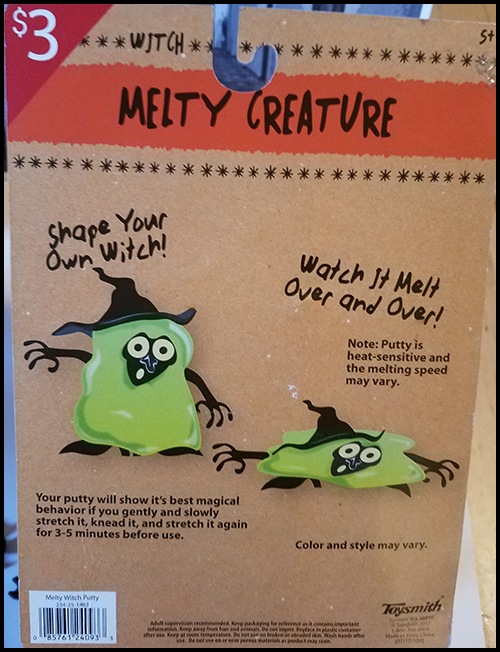 The concept seemed simple enough: simply shape your witch or pumpkin and watch it melt over and over. Sounds festive and simple enough so what better way to spend some quality time with a 3 year old.

In addition to the attractive packaging, each Melty Creature toy includes a small tub of mystery putty along with some respective witch and pumpkin appendages. According to the packaging, you simply make your witch/pumpkin and then watch it melt again and again.

But not so fast, there are a couple of caveats. First, it "...will show its best magical behavior if you gently and slowly stretch it, knead it, and stretch it again for 3-5 minutes before use." Ok, seems simple enough. Also, color, style and melting speed may vary. 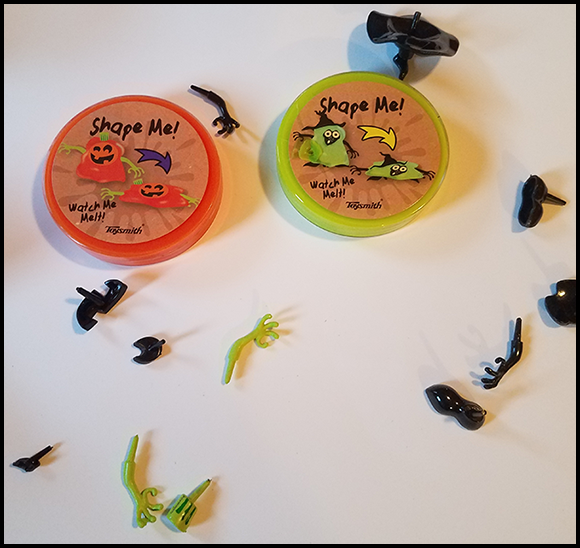 Well, it was hot out today, so we should be good there, let's try some kneading and gentle stretching... 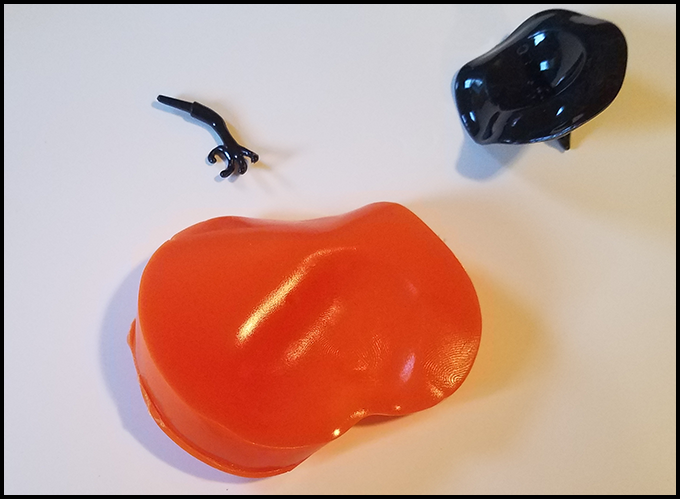 The putty is something between the texture of butch wax and silly putty: it's waxy and thick, but has the appearance of canned slime. And getting it into any sort of workable witch or pumpkin shape proved difficult. Granted though,that would be difficult for me irrespective of the medium; I have zero artistic ability. 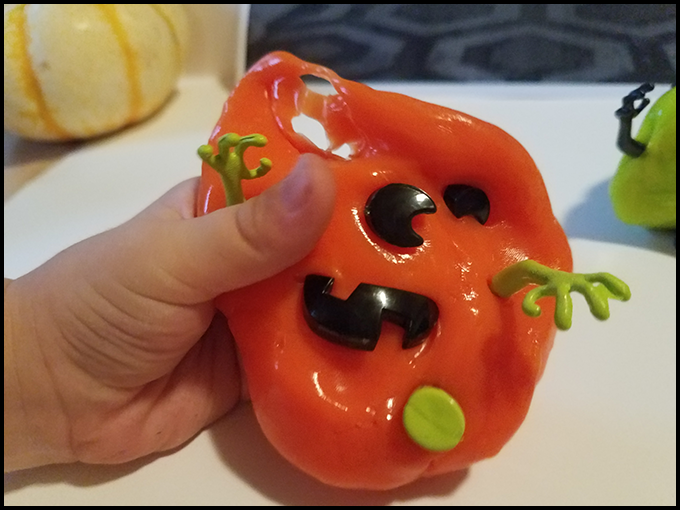 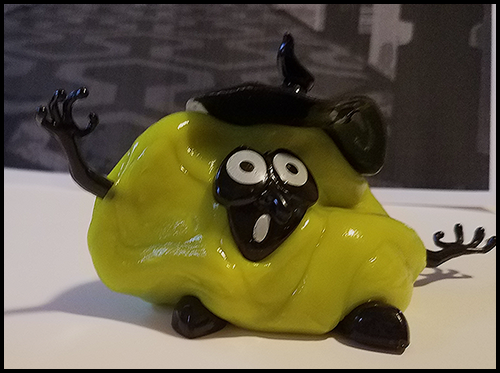 But once your victims are ready, you simply leave them be and they melt! How perfectly macabre: 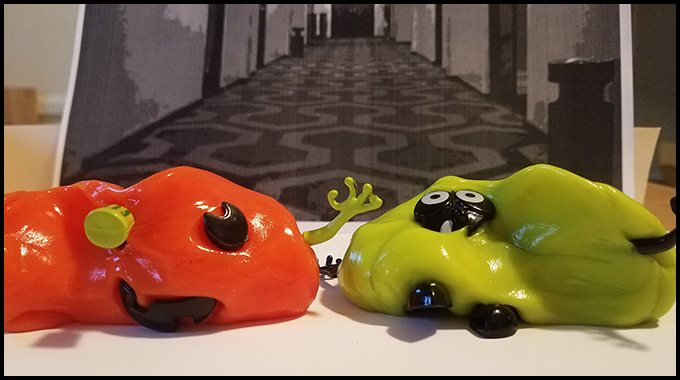 Maybe melt isn't quite the right term here, they list, bend and droop, but don't exactly melt. Not like ice. But maybe more like a Shamrock Shake 'melts'. Come to think of it, it's entirely possible that Shamrock Shakes contain Melty Creature putty. Did you know that cancer is the second leading cause of death in the US?

At $3 a pop, we were still left underwhelmed. I don't know how much you can really expect from these types of things, but I think that my main hang up with these is that, when you advertise that you can build a witch or pumpkin out of putty and watch it melt again and again- well, my mind goes to the old Mad Scientist toys.

Those were fantastic toys. They were horrible toys. The whole gist was that you built various monsters by placing putty skin over their plastic skeletons. You decorated them, then you placed them in a vat of magic solution that caused their putty flesh to melt off their plastic bones. It was fantastic in so many ways- just Just watch for yourself.

These are a far cry from that and here is our video proof. Though note that this is a pointless 2 minute video of us trying to melt our pumpkin and witch.

Still, it is hardly the worst thing I've bought for $3.