I don't know if you've noticed or not, but video games just aren't as ubiquitous as they used to be. Growing up, we had at least two or three video arcades within a short distance and it was a legitimate place to hang out. Being good at a game was considered cool...and movies like Tron made owning your own arcade seem like the ultimate dream job.

I'm no longer a big gamer. In fact, the last game system I owned was the Super NES. But every once in a while I get the hankering for a little Star Wars or Paperboy and that's when we head to Ground Kontrol. Ground Kontrol is an actual video arcade that only has the classics and the best part is that the machines are all kept in working order. 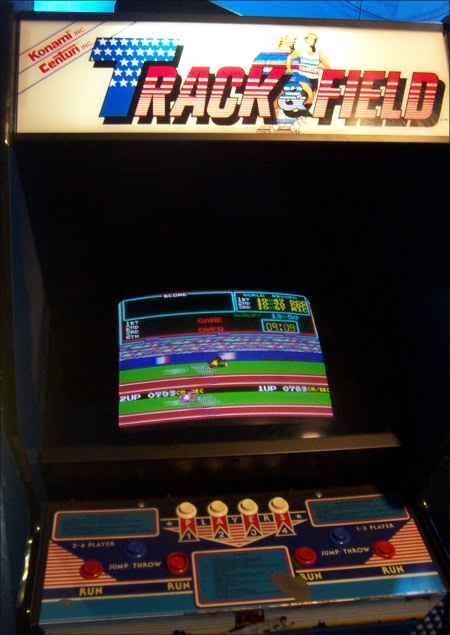 Bear and I spend a fair amount of time wandering the arcade before deciding to actually play. It's almost like visiting a museum. Once we started playing, I was struck at how difficult some of the old games are. We both sucked it up at Track and Field and got the snot beat out of us by the mohawked women of Double Dragon: 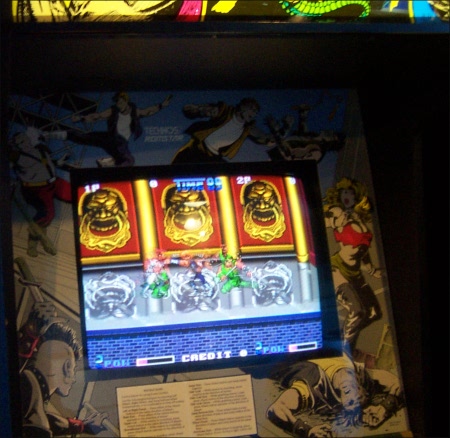 As a kid, I spend countless hours on these games, defeating bosses and looking for the ever elusive power up. It didn't seem to matter that a lot of the games were simply variations of other games: 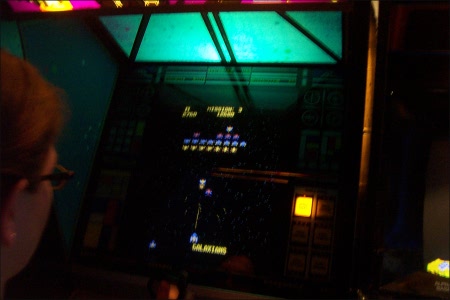 Gorf, Space Invaders, and Galaga all bear some striking similarities. But that never occurred to me at the time. In fact, I could have probably written a definitive work on the virtues of one over the others. I was an awkward child. 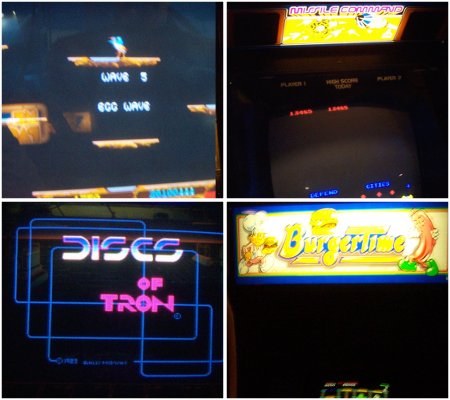 The Tron Disc game is one that particularly stands out for me. The original Tron game was absolute genius, but Discs took it to a whole new level. It was one of the first 3d games I can remember and the game is rather complicated with a joystick, pointer and multiple buttons. It was the kind of game you could only find at amusement parks and upscale arcades. I think it even cost fifty cents back in the day. I never went to Disneyland without sneaking away to the Tomorrowland Arcade for a few rounds of Tron.

Bear and I blew threw five dollars worth of quarters pretty quickly. We didn't even manage to enjoy the large selection of pinball machines. Luckily, Ground Kontrol is nearby so we'll definitely be visiting again soon.