Our friend Jeremy knows about our morbid curiosity surrounding all things haunted and creepy in Portland, so he invited us over for the 4th to watch the fireworks from the roof of an old building that his work owns. The building itself was originally a community center that was built in the early 1900s. Originally, it housed recent European immigrants, but later became a community center before being shuttered some ten years ago. 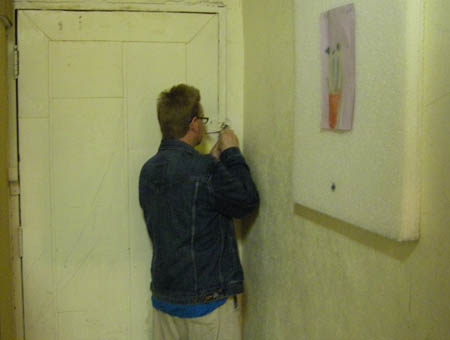 How's this for an entrance?

I have always wanted to go urban exploring and have long been a fan of people who boast their latest discoveries on their websites. But being a complete coward, I never seriously entertained the thought of actually breaking into and exploring an abandoned building. 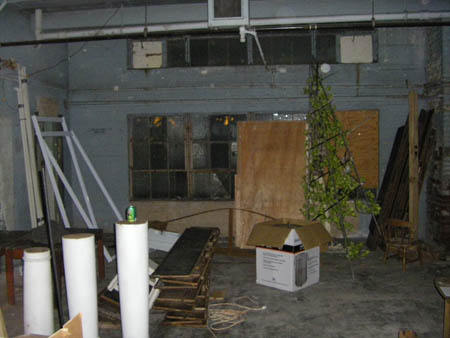 So we made it beyond the creepy padlocked door into the first room that has pretty much been used as a storage room for the past ten years. I guess being close to the main door, people basically just threw in whatever they needed to store and hightailed it out. Seeing as how there's no electricity or natural light, I don't blame them one bit. 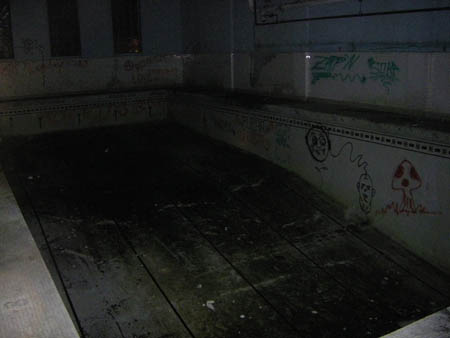 We ventured a little further and came upon the old swimming pool. This was the creepiest thing I've seen in a long long time. The room was pitch black and the empty pool made for odd acoustics. 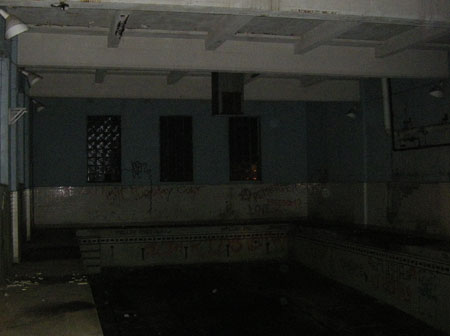 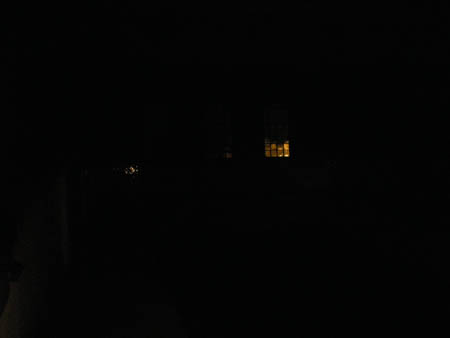 Standing by the edge of an empty pool in the dark, I thought of that and suggested we look into the other rooms.

Being an old building, there were several small rooms and narrow hallways. This was really accentuated by the fact that they had begun demolishing parts of it, so there were missing staircases, bare walls, and all sorts of exposed building materials. 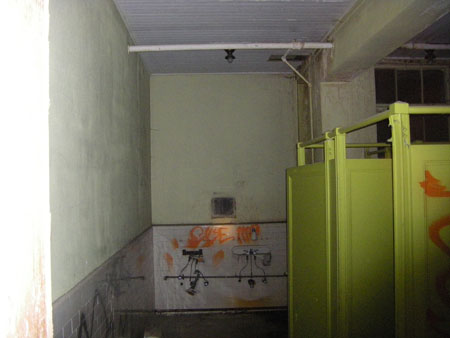 I should also note that the building hasn't been completely abandoned this whole time. I guess that it had become a sort of destination for teenagers and the homeless alike. Some of the more ambitious kids had actually built a skate park in the old racquetball courts. They were even green about, deciding to recycle the lumber from the load bearing walls. 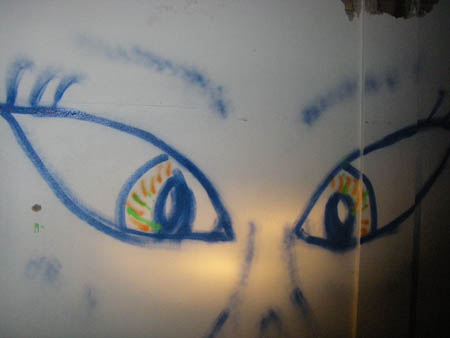 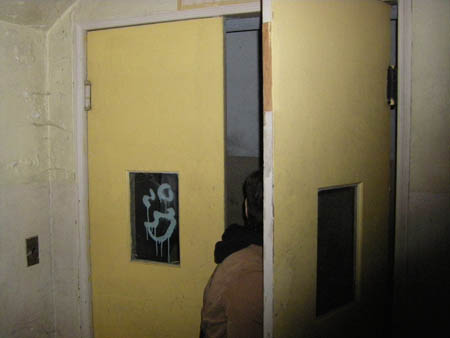 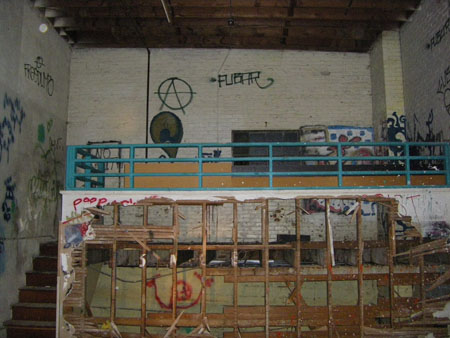 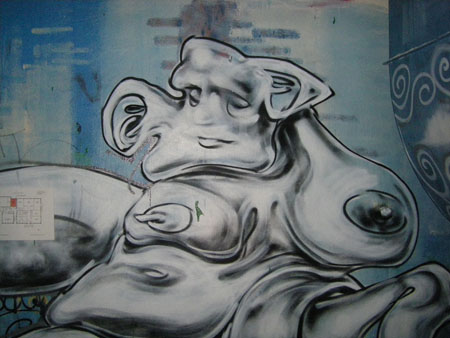 The skate ramps were recently removed during demolition, but there was plenty of graffiti. We even came across a recently placed homemade ladder that people were using to gain access to roof. I guess it would be a pretty good place to hang out and experiment with intoxication substances. Ah, youth. 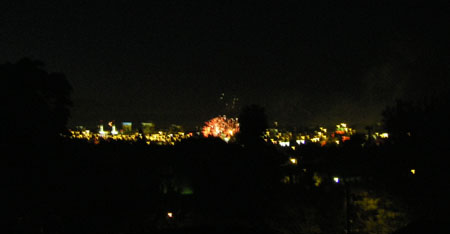 As for us, we're old and boring now, so we went to the roof to enjoy the fireworks. I think we had pretty good seats for the show.

Unfortunately, I had forgotten to put my memory card in the camera, so I was limited to how many pics I could take. Hopefully we'll get back there soon before they turn it into a functional building again.