Memorial Day caught us off guard this year. While most people set out to face the grid-lock in an attempt to get away for a much needed respite, Bear and I found ourselves with no plans. So when David and Jeremy phoned to tell us that they were lucky enough to get a campsite in the Gorge it didn't take much deliberation before we were packing up and setting out to join them.

If you've read many of the posts on this site, you've probably come to understand that the first few nice days of Spring incite a bit of madness here in the Northwest. After being cooped up during the winter, nothing beats getting outdoors and spending time with good friends.

So we headed out Saturday morning and, just a short drive later, we arrived for a beautiful weekend of hiking, relaxing and generally forgetting that the city was just a short jaunt away. 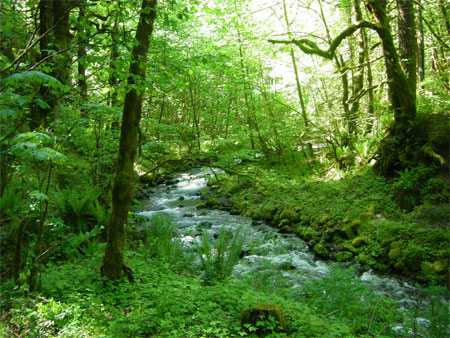 I really enjoy the first few camping trips of the Spring because the whole area is lush and the creeks and waterfalls are full of snow melt. Everything feels as if its coming out of hibernation...

We spent most of Saturday unwinding around the campfire, which pretty much consists of reading gossip magazines, preparing meals, and then playing cards by the campfire before s'mores and bed. 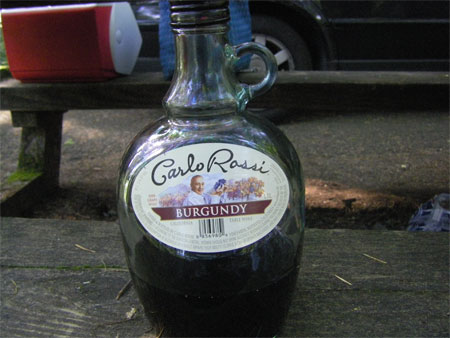 Carlo came along too...

Bear always says that everything is better when you're camping. I think that's true. Granted, we're not hardcore campers- we do like our luxuries- but when you're camping, hot dogs and a jug of wine complement each other perfectly and a sleeping bag may as well be a fine hotel bed.

The next day was perfect. We did some hiking, Gertie got to stretch her legs and sniff new things, and I had a full afternoon to devote to the Saturday NYT Crossword (which turns out to take a lot longer when you can't google stuff).

While we didn't encounter a whole lot of wildlife, we did stumble across a lot of these giant slugs which I had never noticed before: 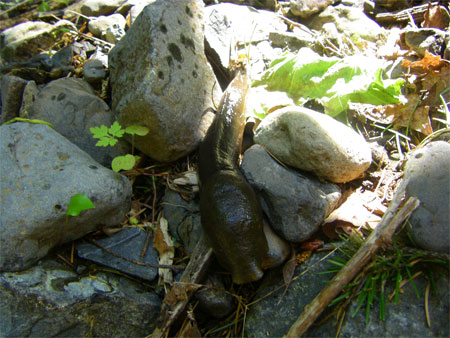 And even though we didn't do a long hike this time, we were still rewarded with some fantastic views of the gorge. 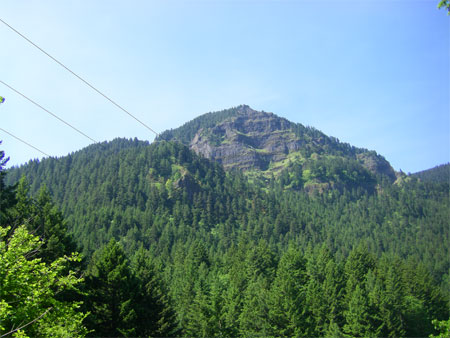 All in all, it was a fantastic weekend that had us all planning out future trips for the Summer.

For those of you in the area, we stayed at the Wyeth campground which is a federal campground about six miles east of Cascade Locks. It's pretty small with about 16 campsites and an overflow area for groups. The sites are a bit smaller than the Eagle Creek or Herman Creek campgrounds, but it's right next to two creeks and the 400 hundred trail, so there's plenty to see and do.