Camping is a favorite summer time activity for Bear and me. There's nothing like getting away to the outdoors after fattening it up at my desk for a week, so we were really excited to take our first camping trip this summer. It's also the first camping trip we've had since we moved back to the northwest and we went with friends who had never camped before, so there was a lot riding on this trip. We chose to drive up to Cape Disappointment which is right on the other side of the Columbia river from Astoria. For those who aren't familiar with the landscape, this is where the Columbia meets the Pacific Ocean and it's a pretty violent and spectacular thing to see. 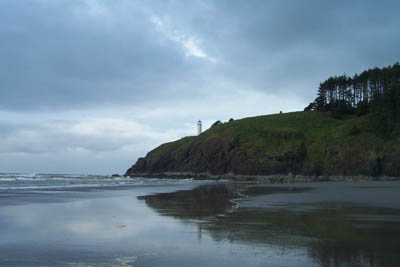 The coastline here is amazing. Long stretches of beach broken by sheer cliffs and the occasional lighthouse. So we were really happy when the friendly ranger told us that we'd have a better time if we took one of the beach front campsites instead of the ones we'd reserved online. We camping in the woods but were only about fifty yards from the beach pictured above. 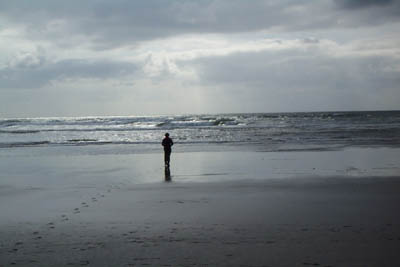 The vast space gave Bear plenty of room to explore and work off all of her nervous energy before sitting down for dinner. We made the classic mistake of not packing before getting out of town, so we were stuck buying everything from the local grocery store. I don't know if you've ever been in this position before, but small townsfolk really know how to stick it to you. I don't generally pay attention to the prices of groceries, but I'm pretty sure a half gallon of milk can be had for less than six dollars. 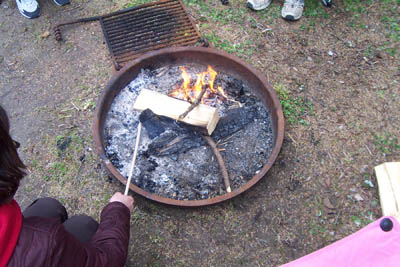 So we started our campfire for the night to cook dinner over and there is nothing better than eating something you've cooked over an open fire. The BBQ doesn't even compare. Bear always says that "everything's better when you're camping" and I think that's pretty much true. The food tastes better, the conversation is better, and you don't let the little things stop you from having a good time. 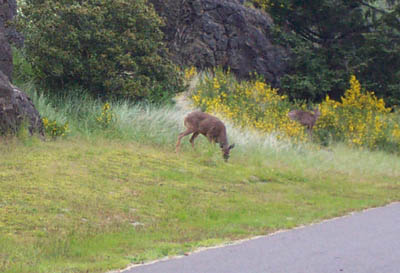 Even the local wildlife was having a great time. The deer were dining on the spring flowers, the birds were singing their hearts out, and this friendly little racoon stopped by to case our campsite for his midnight raid: 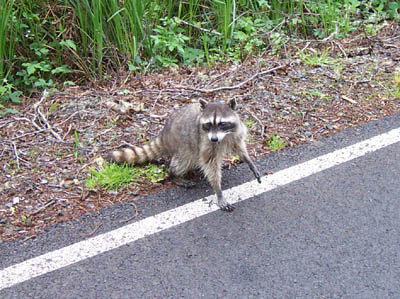 All was right with the world and as we stuffed ourselves on polish sausages and canned chili, we prepared for a great evening of conversation by the campfire. There's something hypnotic and primitive about the campfire. You can't help but poke at it with a stick and even the most restless person can get lost just watching the flames dance from log to log. 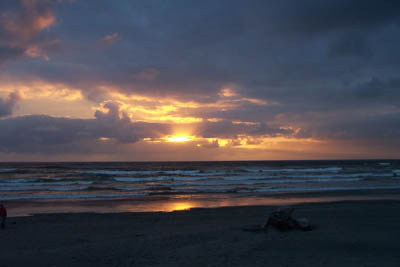 There's just something about an atmosphere like this that makes you feel like you have to whisper. Granted, our camping neighbors weren't quite filled with the same sense of reverence, but that might have been because Jack Daniels just tastes better when you're camping. But when you're camping, even the barbarians partying next to you are better.

And before we knew it, we had been sitting by the fire for several hours, the sun had long sense set, and we all retired to our respective tents for a good night's sleep. Camping by the ocean is an amazing experience. The constant din of the ocean provides your whole experience with a soundtrack.

Waking up the next morning was a little different. It turns out that we'd been burgled as we slept. We locked our food away, but had left an unopened box of Runts on our picnic table. Bear found the box the next morning completely open and empty of Runts.