What better way is there to celebrate the dog days of summer than with a dog. In our move to Portland, Bear and I had to leave our beloved beagle Gertie in SoCal until we got situated. We're still not situated, but we figured it was time to bring her up. And since we were tired of not being able to pay $4 a gallon for gasoline, we decided to choose Memorial Day as the day we'd leave Portland for Cali to get our hound. 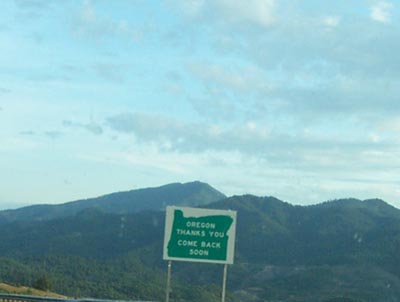 Fortunately, my little brother agreed to meet us in Mammoth so we wouldn't have to drive all the way down to Orange County and back in a weekend. Plus, this would give us all some time to relax and make a vacation out of it. After all, it had been a while since we've really lived with Gertie and Mammoth is her happy place, so we figured she'd get some time to adjust to us.

The drive to California from Portland is an odd one for me. I've literally covered every inch of the 5 freeway from Tijuana to Vancouver BC. Sometimes I'm doing the drive because things are good, sometimes because they aren't so good. It's an odd road for me. I ended up leaving after work on Friday to go meet everyone in Mammoth. Bear went ahead of me with some friends who decided to join our maniacal idea of a three day weekend.

The one thing I really learned on the drive down is that while meeting in Mammoth might have saved a couple hundred miles each way, I'm pretty sure the drive added another couple of hours to the trip. Once you hit Shasta you have to cut over to the 395 where you drive through Reno and eventually into the town of Mammoth Lakes. It's not something I'd recommend doing on a Friday after work. Not so much. 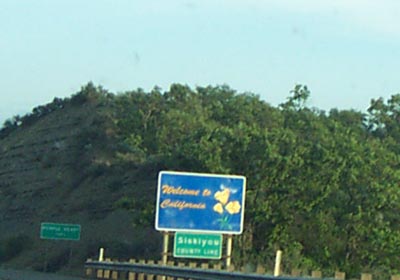 I made it to Mammoth, arriving at around 4am. But I did it for Gertie, so that's ok. I know that dog owners will talk endlessly about how great their dog is, but Gertie is probably the best dog in the world. A real pal. She may not be obedient (and who wants an obedient companion anyways?), but she's got spunk. So when she arrived in Mammoth, it was a happy time for all of us. 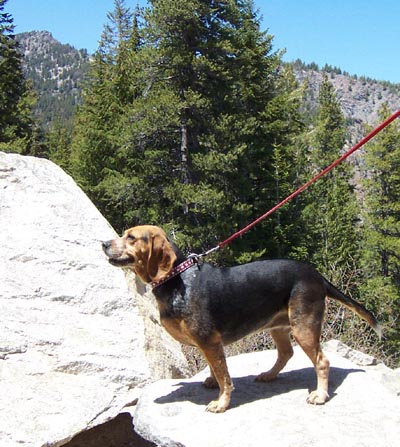 I don't know, you just have to admit that she's a proud hound. I was glad we got to head south and spend some time in Mammoth. For me, it's a place of childhood memories as our family has a place there and we regularly went there for vacation during my youth. I learned to ski there. We spent our holidays there. It's special.

The best part is that I got to play tour guide as we had a few guests who had never been to Mammoth or the Sierras. It was nice to get out and hike. There just isn't another place like the Sierras. It's manifold. Untouched lakes, jagged peaks, and an environment that is equally beautiful as it is hostile to people like me who lack any sort of real survival skills. 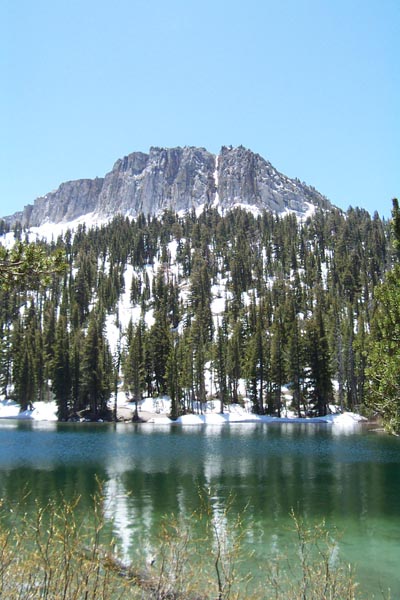 The great thing was that we got to drive down to the Devil's Postpile. It's an area that is usually closed to automobiles during the summer, but they let us through. I hadn't been down to this area in a very long time and was eager to show it off to our friends. For those who don't know, the Devil's Postile is the world's finest example of columnar basalt. That's what their website says. Basically, it's a bunch of basalt columns. They occasionally break off over time to make for something that looks completely man made. 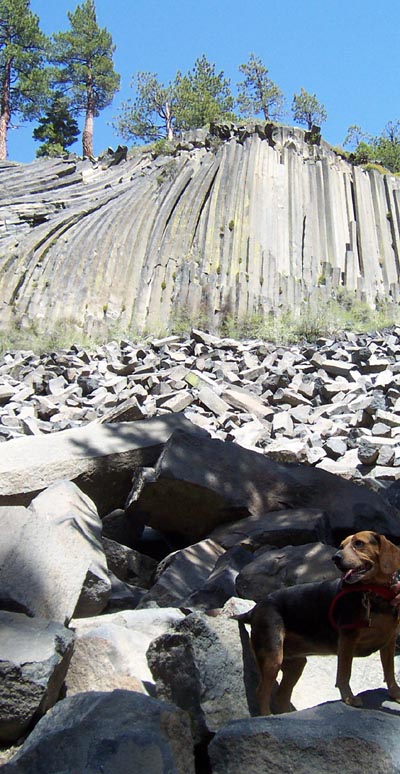 It's one of those things that my outdated digital camera just doesn't do justice to. From the postpile, it's a couple miles to the other major attraction of this area which is Rainbow Falls. It's a waterfall, but it has a constant rainbow coming off of it.

So after a weekend of getting reunited with the hound, we headed back to Portland and introduced Gertie to her new home. It's not ideal, but she doesn't mind. She's actually snoring on the bed as I type this and she has the staff at the local Starbucks trained to fill the water dish when she walks by. She's still more suburban than urban, but it just takes time.