THE MOVIE SOMNAMBULIST #25 – The Lazarus Syndrome 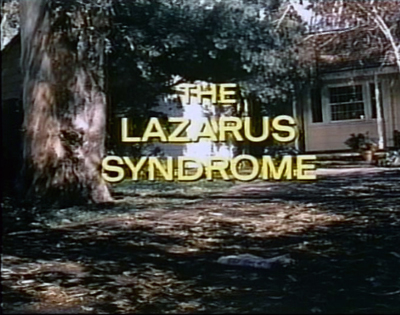 The Lazarus Syndrome is explained as when patients treat their doctors like they’re God; this is a condition only a doctor could dream up. THE LAZARUS SYNDROME is a bit mysterious as well; but it turns out to be a pretty good movie when you realize nobody in this movie actually has the Lazarus Syndrome and that this is clearly a pilot. How do you know when you’re watching a 70s-80s pilot? Simple: a partnership is forged in the final minutes and there’s a freeze frame of two former antagonists smiling and enjoying the chemistry. And the credits usually run under the sound of a single trumpet warbling out a sketchy theme song that’ll be a full orchestra intro if the pilot gets picked up. 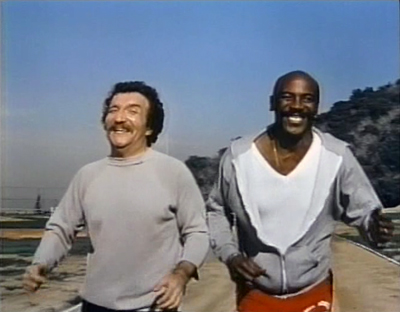 People watching this movie nowadays wouldn’t have the same disconnect watching Lou Gossett Jr be a really nice guy doctor than people who still have AN OFFICER AND A GENTLEMAN still fresh in their heads. You want to be afraid of Lou Gossett Jr, go check that one out. But this all fits in nicely if all you know is, say, IRON EAGLE. Gossett is McArthur St. Clair, a mild but dedicated and oh my God almost unbearably reasonable cardiologist. His marriage is troubled, but only in a 70s tv-movie way; he’s too dedicated to his work and he’s gotten kinda boring, apparently. But given that this is tv in 1978, we should be glad they didn’t have him deliberately living in a ghetto to keep it real. 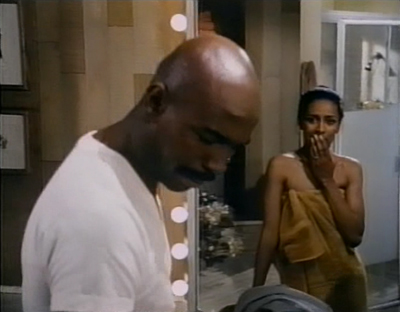 Enter Joe Hamill, newspaper reporter and philanderer. He’s playing tennis with his mistress when he has a clear heart incident. It’s all accurate enough; in fact it looks like they were told to dial the realism back a bit to a point that’s only barely recognizable to us now with ER and its almost Star Trek level of the Scientific Wall Of Sound that makes your eyes glaze over when they feel the need to explain things. Here it works well because the core idea of the pilot (and I assume the series) is that the patient experience is not a concern of hospitals, that, as Joe puts it, “the hospitals are set up for the doctor’s convenience, not the patient’s.” St. Clair objects to this, but Joe is patient (tee hee) and determined to make his point. The day he’s discharged from the hospital, he produces a two page list of suggestions to St. Clair about improving the patient experience. Sadly, the only one mentioned nukes the credibility of the rest; he suggests conjugal visits. No, I’m not kidding. St. Clair mentions it to his wife, and tells her it basically goes on all the time anyways. 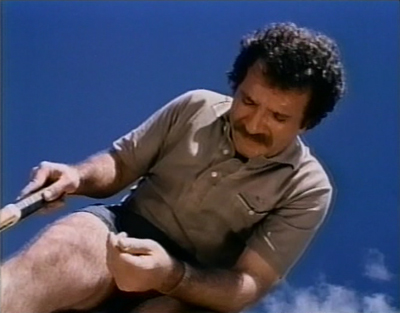 A good pilot from this era can fool you in ways that a standard movie can’t. For one thing, pilots defy the Ebert law that says there are no wasted characters; the idea being that nobody with more than a couple lines is in a movie unless they’re put to use in the plot. When you’re setting up a series, though, the goal is to gin up as many plotlines as possible for later. When St. Clair’s wife admits she once had an affair, she mentions it was with an intern at the hospital. This character is not named and does not appear in the movie. That’s an episode at least; a friendly antagonist recurring-role, even. “Look, Dr. St. Clair, let’s put this behind us. This man is DYING!” That shit writes itself. 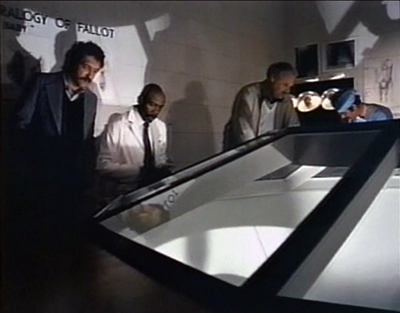 There’s a lot of effort to put in edgy plot elements here; I suspect the intent was to get them pre-approved for later by already being in the pilot. Consider Joe Hamill, the newspaper guy who gets the heart attack. He’s got a mistress, a very nice lady hoping for a recurring role in the series. He also has a devoted wife and kids; the wife’s a bit of a dishrag but she might make it to series. The kids, unseen, are doomed unless they want a special drug episode later. While in the hospital, he makes a deal with his illegal alien roommate to bugger off while he has sex with the mistress in his room. He starts divorce proceedings while in hospital as well. He admits she’s a nice lady and that it would be easier if she weren’t. That’s all mighty edgy for 1978 tv. Joe is not judged for any of this; even St. Clair refuses to offer an opinion when asked. Likewise, St. Clair accepts that his wife had an affair and moves on with things. They are almost unbearably happy by the end. The enjoyably clunky dialogue delivers a keeper there: “Let’s not pull the plug on us yet, okay?” 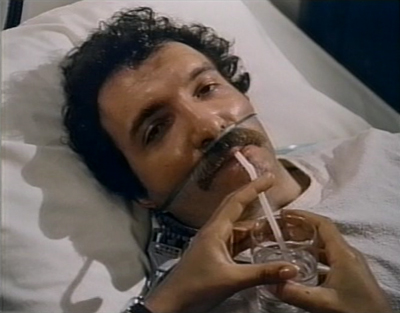 THE LAZARUS SYNDROME probably first saw light as an attempt to do a feature; otherwise, they really did meant to say “sheepdip” instead of “shit” and “If you call my fiancée a bimbo again, I’m gonna knock you on your can so hard, you’re gonna need a plumber to remove the floor tiles” instead of, I dunno, “I think about your ass a lot”. The threats in this movie sound like they came from a Writer’s Guild version of MadLibs. How about…verb, menstruate…noun, show horse…noun, toilet…verb, insert…noun, penis…noun, vagina…verb, ejaculate…plural noun, testicles. So: “If you menstruate my show horse a toilet again, I’m gonna insert you on your penis so hard, you’re gonna need a vagina to ejaculate the testicles.” Don’t sit there and tell me that’s not how you play MadLibs. 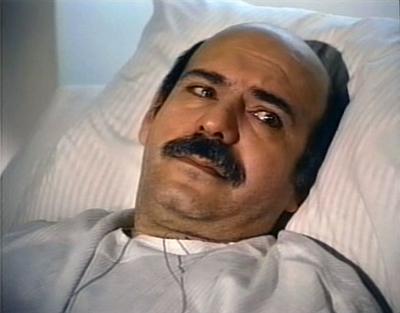 So, EG Marshall’s in this too. In this era, he’s either the fatherly source of wisdom or the bad guy. Since this movie’s about challenging the status quo, EG is The Man. He’s Dr. Mendel, the head of the hospital. Joe also notices that Dr. Mendel is a speed freak, taking greens even when he’s in his hospital room talking to his roommate Mr. Dominguez. St. Clair isn’t having it, but Mendel is pretty erratic and manic. Joe ends up putting St. Clair right in the way of a great manic episode when he convinces Mr. Dominguez that the triple bypass Dr. Mendel ordered probably isn’t necessary. Mendel does the totally sane thing and calls St. Clair at home after bedtime, demanding he come in to get yelled at, then also demands a written apology for Joe’s behavior. Mendel and St. Clair have a running argument about Medicine. Mendel believes that research and team-oriented patient care is the way to go, as opposed to the old Marcus Welby (look it up, kid) one on one approach championed by St. Clair. Hilariously for us, the inhabitants of their sci-fi future, we know who’s right about this. Consider that the current #1 medical show is about a pill-popping doctor and his team of doctors. That cast would take your lunch money for making St. Clair’s argument now. 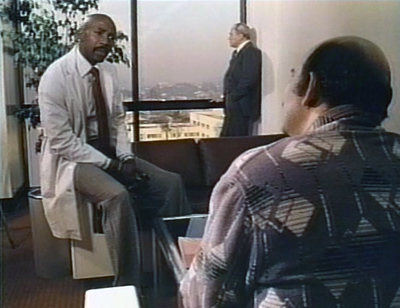 So, Dr. Mendel dumps all of Dominguez’ records and such on St. Clair and tells him either prove I’m wrong about the bypass or do the written apology. St. Clair watches a video of an angiogram and agrees that Dominguez needs the bypass. He even does a consult; but something’s wrong. But St. Clair is a team player, so he tells Dominguez he needs the bypass. Joe is skeptical; Joe’s a tv newspaperman, so of course he suspects something. Joe comes to watch the surgery and Dominguez confesses he’s an illegal named Herrera; just in case he dies, he wants the right name on his tombstone. He also babbles on about having a couple ribs removed in an operation years ago. Ta da! It’s the tell! St. Clair rushes back to look at the angiogram and that tape has all the ribs in it! Mendel passed off someone else’s angiogram to…um…well…wait. 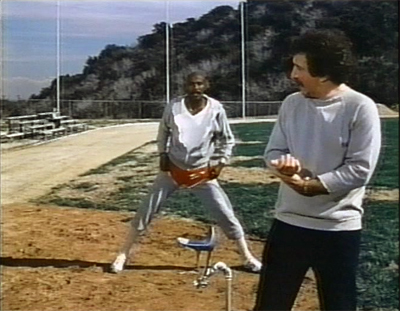 We need a statement of intent from the bad guy to clarify things, and Dr. Mendel delivers. “Medicine is a business, cash and carry…that operation buys life.” This is another time where the movie works hard against itself. EG Marshall has a famous, trustworthy voice. Even when playing all speed freaky, the man makes sense. He talks about Medicine itself being a patient, needing money and attention. If only he’d used the phrase Medical-Industrial Complex; but we can’t have everything. He now seems to lament that Medicine is getting to be a big business, but the reasons are unclear and it sounds like it’s a bad thing that we do so many life-saving procedures. But then when St. Clair says he wants to stop the bypass operation on Dominguez, Mendel’s reply is basically: hell, it’s a billing. He’s strong enough to take a little unnecessary surgery. So we have a murky bad guy, and I again blame the network execs. The simplest narrative thing to do would be to have him hungry for billing and fees. But he can’t be evil; he’s got to represent a system at war with itself. We’re setting up a series here, people! 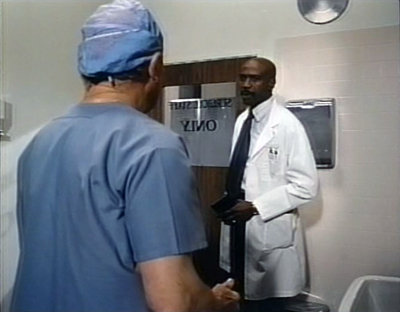 In the end, Dominguez is fine, even though he’d already had his chest cracked and spread. Joe is getting better and is happy with his new lady. And St. Clair has a new job; well, half a job. They offered him Mendel’s old gig, but he said I’ll take half the job. I know just the man to take the other half. They agree on two rules: 1) Joe cannot countermand any doctor’s order; 2) Any patient with a complaint can bypass their doc and go straight to Joe. There’s your series bible, right there. The eventual show ran six episodes, which seems a shame; it’s a setup that you could easily do today. Patient rights are a bigger issue than ever and it’s rarely touched upon in medical shows unless something really horrible is about to happen. Anybody wants to try this premise for a show, I’m in. Call my agent; er, actually just call me. 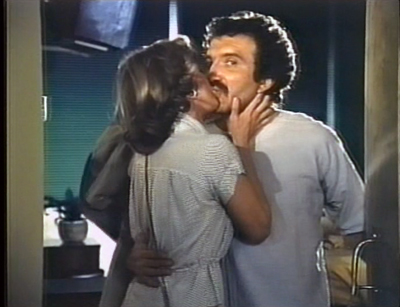 Stayed awake for the whole thing because the leads do a good job and since it’s a pilot they don’t have to burn each other down by the end. Seriously, I think pilots are vastly underappreciated for their wide-open approach to narrative. Five wide awake eyes for this one. (One eye equals 15 minutes of runtime.)