Invasion Of The Bee Girls

THE MOVIE SOMNAMBULIST #21: Invasion Of The Bee Girls 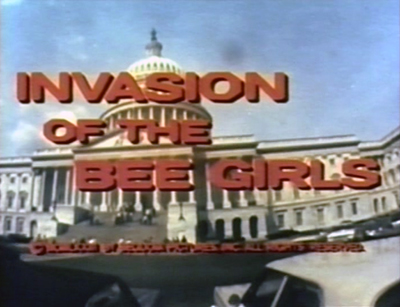 Mysteries are traditionally a path from less information to more information. The idea is to build excitement as the puzzle is unraveled, building to a shocking climax. Well, INVASION OF THE BEE GIRLS is shot through with shocking climaxes; all the men in town are dying from them. They are dying while having sex with new and exciting women. State Department Security Agent Agar has been sent down to investigate, as the first victim worked for a defense contractor in town. It all builds to a nifty sequence with lots of naked 60’s-Playboy style women and some genetic flummery that doesn’t really matter. This movie did not need to be a mystery. 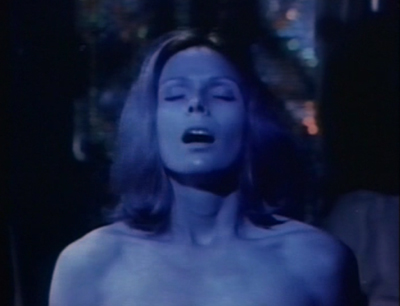 Seriously. This movie becomes an order of magnitude better if you start with the very hot Dr. Harris making her bee girls and intercutting it with strong-jawed Agent Agar and Julie the dowdy research assistant (who is in fact 60’s Playmate Victoria Vetri aka Angela Dorian) making their inevitable beeline to the truth. This always confuses me about okay mystery movies. Once you find out what the big deal is in these things, the explanation never adequately explains things. Mysteries are frequently rigged so that the explanation utterly defies one or more characters as we know them, and replaces their motivations with pat crap. The question at every turn in a mystery is “why?” and that’s a killer when your answer involves bee/human hybridization and a sex spree that threatens to kill half the town. 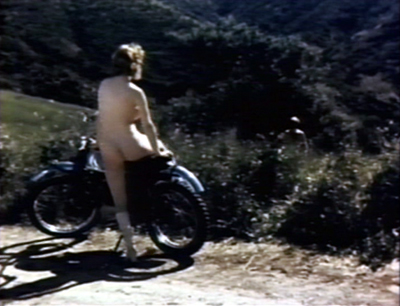 I am determined to get moviemakers to see the light on this. If this movie started with a hot scientist calling the wife of a fellow scientist and getting her to come over so that her bee girl pals can drug her, strip her clothes off and put her in a machine the covers only her hoohah while all the other girls pop their boobs out and rub them while lights pulsate and, presumably, Science happens, then motivation is really not that important. A mystery assigns value to their motivations and makes you pay for it by wondering about it for the whole movie. Start with things well under way and then the movie experience becomes praying that they’ll get Victoria Vetri in there; now that’s a suspense thriller for you.

The process doesn’t just involve rubbing boobs and colored lights. No sir, this is Science. The subject is then coated with what looks like pancake batter (slowly, yes, slowly) and led to a little chamber with a hexagonal window. Bees appear and cover her completely. Then the bees leave in between edits and they remove her. They tear her out of the batter, which now seems like latex. She’s still naked and fresh as a daisy. The stuff even improves the hairstyle! One more round in the hoohah covering machine, and then Dr. Harris kisses the subject. Eyes turn black and the bee girl census goes up by one. Wouldn’t you rather see that four or five times than a lot of dudes running around? 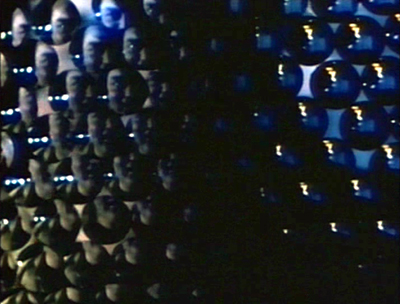 Nothing meant against William Smith as Agent Agar. That guy is cool. Remember, he was Conan’s father, one of the invaders in RED DAWN, just generally a badass. There’s a great fight scene when some goons try to rape Julie; Smith clearly knows how to fight. So much movie fighting would get you killed in the real world, but Smith moves solidly and forcefully. I wish there were more people for him to beat up. He plays Agar as extremely genial and a builder of bridges. He dodges a cliché by crossing swords with the local law enforcement, then apologizing and cooperating. He’s meant to be a counterpoint to all the horndogs and cheaters that get screwed to death. 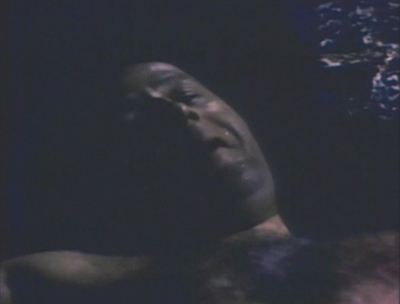 Smith does his best to make his character’s cognitive processes sound reasonable, but going from suddenly wanting to watch some movies about bees to deciding that the killers are bee/human hybrids only makes the alternate universe version of this movie where we get five or so bee girl conversions sound even better. Once everyone decides this is probably the case, the movie seems to heave a sigh of relief and get really naughty. Agar’s conclusions lead to the first bee girl conversion and a neat twist on the movie’s own pattern. One of the horndog scientists is in a loveless marriage. There are a couple of bits early on to set this up. After telling Agar his bee girl theory is bullshit, he goes home, where suddenly his wife wants to see if she can still please him sexually and starts taking off her clothes. Anyone who doesn’t think she’s a bee girl now might want to know that the previous events were not acted out by small people living in their television. 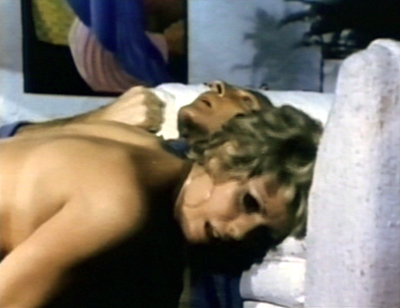 So the wife sells the reconciliation pretty well, and sells taking her clothes off even better. They start to have sex and the bee noise that preceeds the heart attacks in the other men dominates the soundtrack. Hearing this, he realizes Agar was right and starts strangling his wife with her own panty hose as they continue to have sex. She dies of strangulation right as he dies of a heart attack. Note that decoupling does not occur to him. The bee girls do not possess the proportional strength of a bee. You simply do not want to stop having sex with them. Freud is mentioned by Julie early on; he apparently said men are ambivalent about dying during sex. I’m not sure he meant that if you recognize it as a distinct possibility while actually having sex, that you won’t pull out. 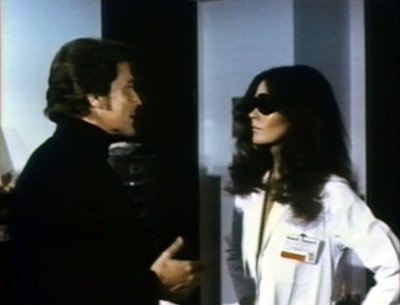 The accurate Freud reference and a few other things are your tipoff that this film was written by Nicholas Meyer (VOLUNTEERS, THE SEVEN PERCENT SOLUTION). There are other cute touches like a bar called Herm’s where the gay fellas go. Look it up. There’s a great scene early on where the authorities hold a town meeting and tell everyone they should all stop having sex until this mystery is solved. They think it might be some insanely virulent form of venereal disease (STD for you kids). The town is not pleased; the sheriff says hey this is just information, possibly LIFE-SAVING information, but we want you to listen and make an informed decision. It turns into a parody of a VD scare film and works well. There might even be a political touch to it, as it’s the clearly-demarcated working class joes who object the most, even citing that their wages may be frozen, but they ain’t gonna freeze this. 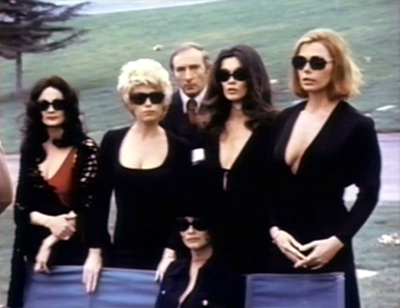 There’s no real endgame for the bee girls. Sure, they eventually nab Julie and put her in the hoohah machine just long enough for us to get a good look before Agar busts in and saves her. They seem to simply want to make more bee girls, and that’s fine. In fact, it’s one more argument for my alternate universe version. If they’re just obeying some odd version of a biological imperative, it’s all the more reason to front-load the explanation and turn it into a tragedy about the bee girls. There is a line after all’s said and done that the radiation used to create bee girls also sterilizes them, so the mate once and die part of being a bee never happens. That’s why they’re so randy. Is it a parable about the Pill? Maybe. They are not punished for the hot sex, but the death they bring with it by not being informed about the consequences for their partners. Although, I dunno if a condom can help with the heart attack thing. 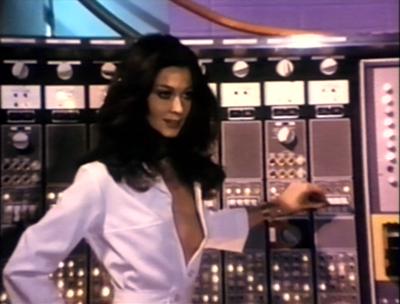 The movie looks, feels, and sounds like a by the numbers 70s movie of the week, except for all the boobs and such. This is a good choice by the director, who had Gary Graver as Director of Photography. Gary Graver shot a ton of porn in his time, and also worked for Orson Welles on some of his later mostly unfinished projects; one finished one is F FOR FAKE, which is jaw-droppingly great. Denis Sanders also directed a bunch of tv and documentaries, including COMPUTERS ARE PEOPLE TOO! Nicholas Meyer’s script is fun, but I gotta keep on about the order of events. It’s a fun movie, very watchable, but could have had about 60% more nudity essential to the plot. 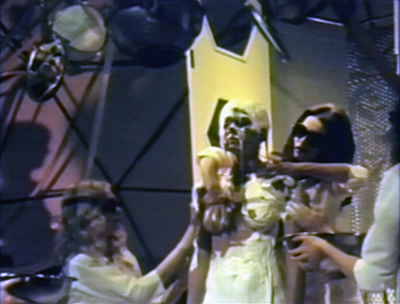 After Agar shoots the controls to the bee girl maker, causing sparks, the spontaneous death of all the bee girls, and for Dr. Harris to rip part of her face off and die, he beds Julie safely. Outside the window are some flowers. And on those flowers are bees! ALSO SPRACH ZARATHUSTRA plays. No, I am not kidding. It’s almost as if the bees were shaking a tiny clenched appendage and muttering “Next time, humans. Next time.” 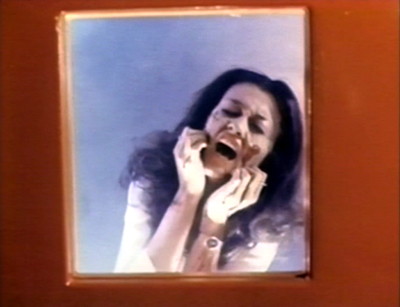 Stayed awake for the whole thing because they delivered as advertised, although the bit where all the bee girls show up in a hot gaggle to one of the funerals is priceless. Six wide awake eyes for this one. (One eye equals 15 minutes of runtime.)

John Ira Thomas writes graphic novels for Candle Light Press. He was actually almost attacked by a bee yesterday while driving down I-380. For more Movie Somnambulist fun, check out the archives!