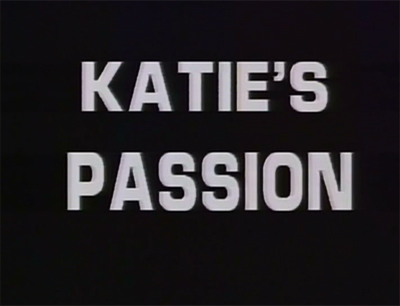 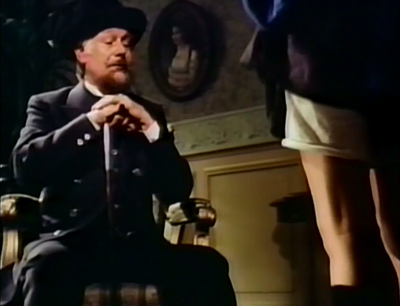 Katie is a young woman who moved with her family from the sticks to Amsterdam in the late 19th century. She travels by boat with her whole family, including many young siblings whose names we never learn (except Henry, but that's later) and an older sister whose name I chose to ignore in favor of the moniker "Slutsister". We first meet Slutsister when Katie discovers one of the crew bare-assed on top of her in exchange for a bacon biscuit. Katie, who thinks the whole business disgusting, smacks the sailor with her favorite book by Jules Verne. Since it's never mentioned in dialogue and it is a Dutch movie, I couldn't tell you which one (but it should be AROUND THE WORLD IN EIGHTY DAYS). The family makes their voyage and claims an extremely crappy single room for all ten or twelve of them to live in. There are rats, minor floods, and windows that could use some putty. It's so cold the first night that the patriarch of the family burns the children's wooden shoes for warmth. That Dutch kids/wooden shoes connection turns out to be a no-shit deal. 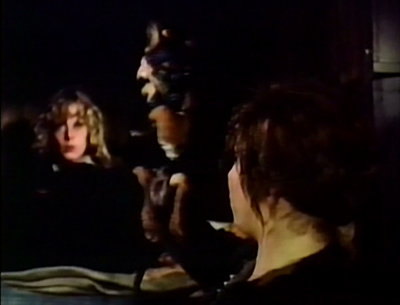 Now there are lots of movies about families enduring poverty together, working as a faithful clan to at least be happy they're together. This movie was directed by Paul Verhoeven, so that's not what happens. Verhoeven's movies about Holland are always interesting (especially the amazing BLACK BOOK), because they are the least compromising about how people behave. Even the worst characters in SHOWGIRLS are nicer to each other than some of these people. Another friendly face is Rutger Hauer, who is doing here with his penis what he did throughout the 80s with a gun--whipping it out in every other scene he's in. 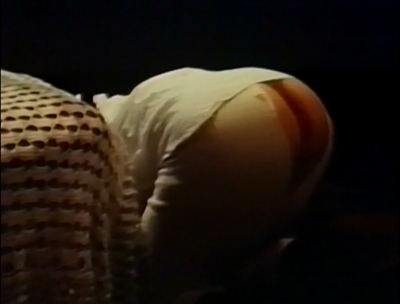 So even though it's a Verhoeven film, there are rules for this type of movie. A pretty girl with big dreams but little means can only go up, and either there's a fall or it's a Julia Roberts movie and it's all fine. Katie spends quite a lot of the movie trying to rise up. Her first job is in one of those wonderful Industrial Revolution era plants where women stand around a pool of toxic chemicals and dip wool in the green water. Every coughs like a consumptive and Katie's hands are burned when she touches the liquid. The other ladies laugh at her, while jamming their hands into the stuff and bleeding under the fingernails. At lunch, they demand Katie sing for them, so she sings about workers of the world uniting and they drown her out with a song about how awesome the monarchy is. And you thought we invented the Tea Party. There's a fight and Katie ends up sticking a coworker's face in the green liquid, blinding her. She is fired. The boss, a round jerk who stands in the doorway of the workfloor so that all the women have to crowd around him while he makes low moaning sounds, suggests there's other work Katie could do. One of the workers tips Katie off that "work" is strictly a euphemism, so Katie spits in the boss' face and now, I dunno, she's double-fired. 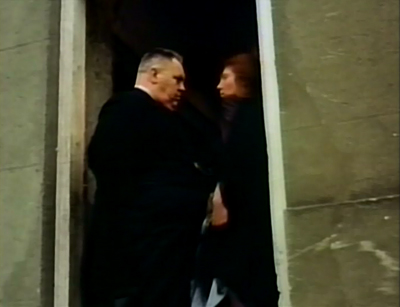 Katie goes home to find her dad smoking a cigar and Slutsister in a new fancy low-cut dress. It took her a whole day to become a prostitute, and now she runs the family. She behaves like a complete pig, even ripping pages out of Katie's favorite Jules Verne book to wipe her ass with after using the chamber pot. She's in control. So Katie gets a job as a lackey in a ladies' hat shop. The comeraderie is better, and the boss seems ok. Katie even makes some design suggestions for one hat and improves it. She helps deliver a load of hats to the local whorehouse and finds it's the one Slutsister works in. Katie bumbles into a room where a customer is trying to decide between Slutsister and two other ladies; the customer decides he wants none of them, but who's this fresh-faced blonde? Slutsister begs Katie to do the guy or she herself will be fired from the whorehouse. Slutsister invokes the cute starving faces of their siblings and begs her to take one for the team. So, she does. 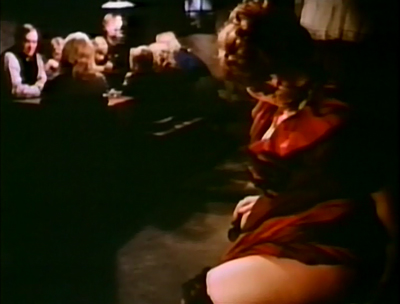 Katie goes back to the hat shop and the boss sends everyone but Katie home for the night. Katie starts playing shadow puppets against a wall and this is the amazing I-shit-you-not moment of the film. 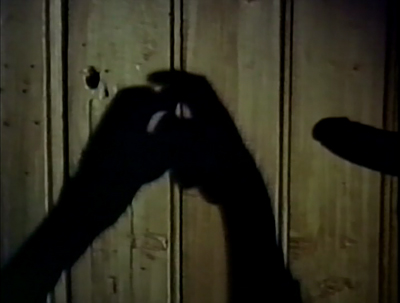 That is not the boss' clever shadowpuppetry. That's just his dong. So the Hat Shop boss rapes Katie and she quits. As she leaves, she heaves a cobblestone through the window and produces a smile that lasts all of three seconds (I clocked it) before the weight of her shitty life mashes the corners of her mouth down again. Next day, she's walking around with Henry, one of her young siblings. They're starving, so Katie takes a flagpole and flips a bread wagon over. Everyone scrambles for bread and Katie takes a truncheon to the head from a cop. Off to hospital she goes. At the hospital, one of the other patients offers to spongebathe Katie. The other patient's arm goes waaaaay down Katie's gown and Katie innocently asks "You wash down there?" Everybody. Wants. Katie's. Vagina. 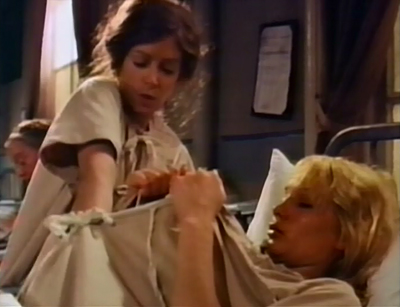 Katie is examined by an old doctor who puts a stethoscope next to her exposed nipple to listen to her lungs. He even brushes it a bit, real casual-like in extreme close-up. To keep the theme of "life is shit" going, the doctor tells Katie she has a lung ailment from her day in the green liquid factory. To survive, she needs medicine. But she can't afford the medicine. But she does have that vagina, and that's worth more than gold (Glenn Beck take notice!). One of her former coworkers is also here, but she's too far gone and has no magic vagina-time to trade, anyway. The nuns place a lit candle in her hands for reasons I cannot fathom. She begs Katie to take it away as the wax burns her hands. 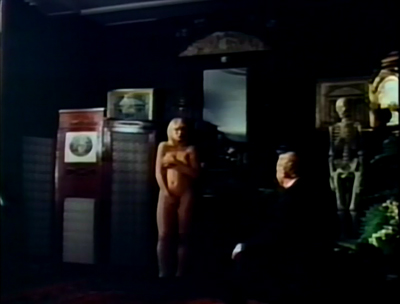 Things get worse. Now healthy, Katie spots little Henry selling looks at his little boy wanger to pervy creeps. Katie calls her little brother a tramp; he calls her a bitch. It seems like dialogue from another movie entirely. Katie goes home in a daze. Slutsister lost her whore-job (it sounded like because of drinking), so the mother of the family tells Katie to take Slutsister's whore-gear and Mom will turn Katie out as the new breadwinner of the family. Mom keeps watch for trouble as Katie does an old creep, but takes off with the half-florin Katie makes so she can have a sausage. Katie wanders off on her own and meets an artist who only wants to paint her. I know what you're thinking; he isn't a serial killer. This actually surprised me. 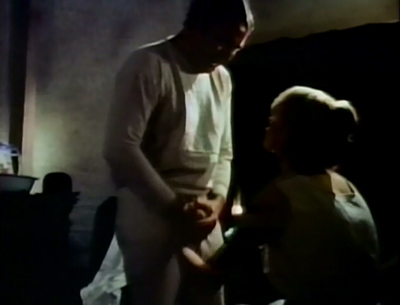 From here the movie puts her in the hands of Hugo the banker (Rutger!). Katie, Hugo, and Katie's first john pre-enact a scene from PRETTY WOMAN (it is nearly exact), and then Katie emancipates herself from her family. Katie comes back to get whatever parts of her favorite book haven't been used as toilet paper and tells her mother "They're your children; they're not my responsibility!" Katie moves in with Hugo and he leaves her for a rich woman. He offers to set her up in a little apartment, just so he can visit Katie's vagina every now and then. Katie takes her vagina and leaves, walking straight into and joining a workers' march. Yep, if anyone's been exploited by capitalist society, it's Katie. There's plot stuff at the end, but it's mostly loose end stuff. Katie ends up with Andre, who's very rich; so there you go. 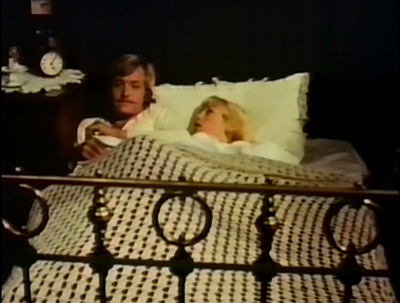 It's a good-looking film. Verhoeven is always watchable, because he's utterly nuts. Much more sex is implied than shown, but this movie is more about degradation than sex. Wanger to hoohah ratio is about even. So is someone going to finance that life of Jesus movie Verhoeven wants to do already? What more proof do you need that he's the man for the job? 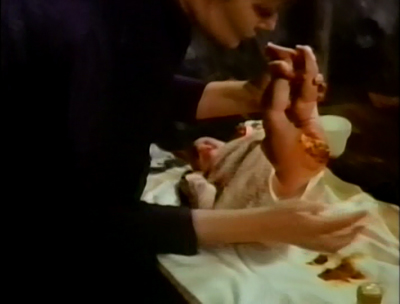 Stayed awake for the whole thing because I starting wondering how it could get worse; then I wanted to see if they were gonna pull the rug out from under Katie. Seven wide awake eyes for this one. (One eye equals 15 minutes of runtime.)