Note: if you haven't already done so, be sure to check out part one of this review here.

When we left off, our stalwart group of six young college students had arrived at their destination after being followed by a police cruiser. Well, the manage to relax and quickly make their way to the pool for some brewskies and rays. When their party is suddenly interrupted by the constant sound of chopping... 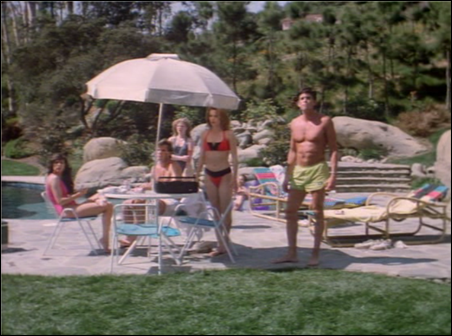 Why is someone chopping down trees? Relax, it's probably just the caretaker, he did mention that he's always around... 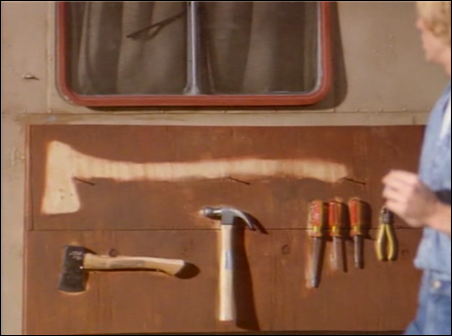 The caretaker was thinking something similar while stepping out of his trailer to smoke a joint. It must be good stuff too, because from here, it looks like his ax is missing. No problem, we'll just follow the sound of the chopping, that will probably lead straight to the ax. 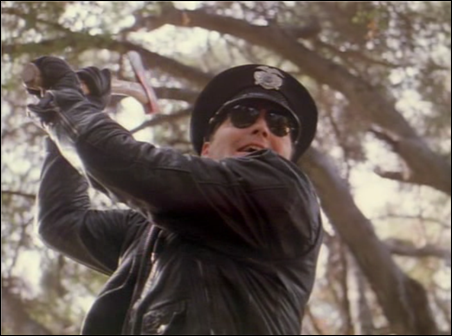 This can't be happening 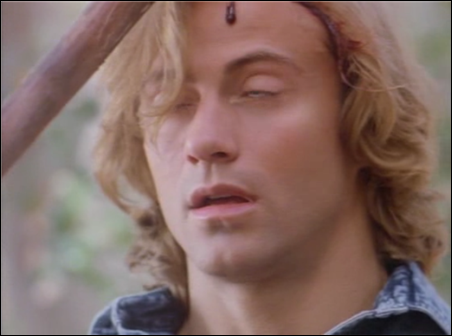 Well, it is the 80s, so smoking pot will get you instantly eliminated. Though, there is apparently no penalty for wearing a canadian tuxedo. My how the times have changed. 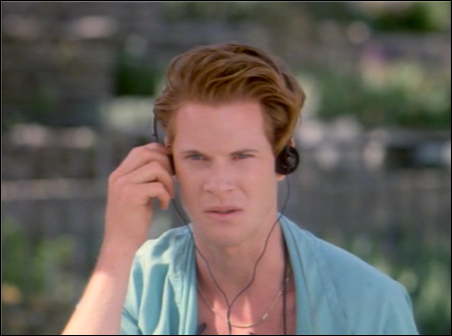 But there's no time for that, Eric just caught a local news report. It turns out that this woman went missing last night and the police are reporting signs of devil worship at her place.

"Devil worship, what's that?"
"It says they found the number 666 carved into a tree...oh and her dog was disembowled."

Now the girls are getting worried, first chopping and now this? If only they knew who was watching them from the pool shed... 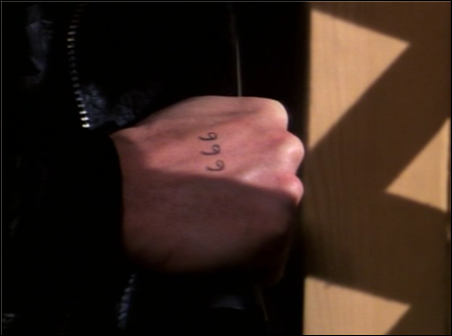 Speaking of pool shed, Zack wanders in moments later in search of charcoal and notices these humongous footprints...not that there's any cause for concern. 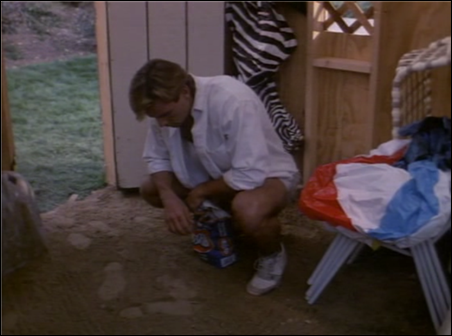 Is their fear the result of an over active imagination, or is there really some wacked out satan worshiper lurking just out of sight? You have to remember that this was the 80s, so the threat of devil worshipers was very real. Having grown up in California, I can attest to being scared to death that the Night Stalker would be coming through my window at any moment, wanting nothing more to murder my family while playing heavy metal music.

Well, Doug and Laura start to get concerned at this point, so they decide to head into the woods to look for that caretaker who hasn't been heard from in a couple hours. 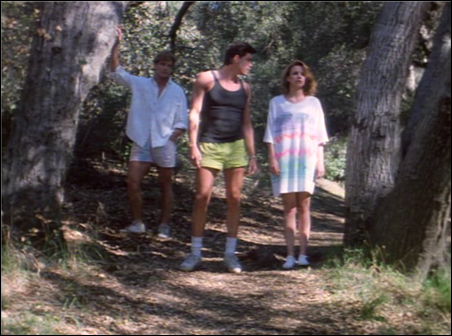 Even better, they decide to split up so they can cover more ground...until Laura stumbles across a little arts and crafts project. 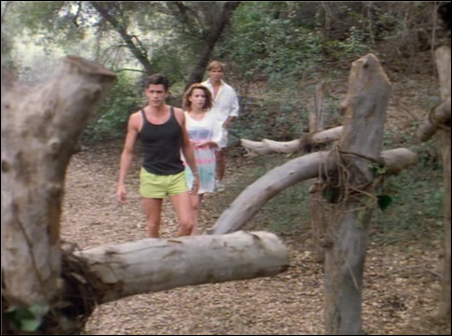 Ok, the crosses in the woods? Those might be a sign that something is awry. Did the caretaker make these? It's a good thing Eric stayed back to call the police. 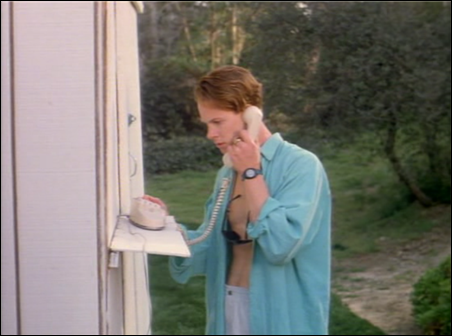 Too bad the phone's dead 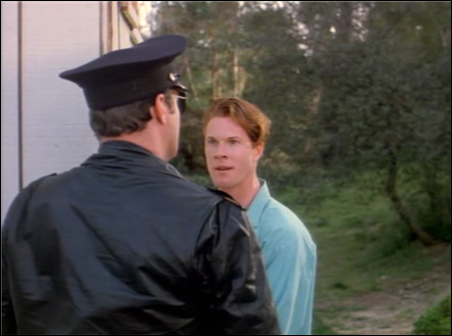 But this creepy cop just showed up out of nowhere, so that's good, right?

The rest of the gang is scrutinizing the crosses and they decide to get the heck out of Dodge, but it's a good thing Eric shows up to quell things down a bit. 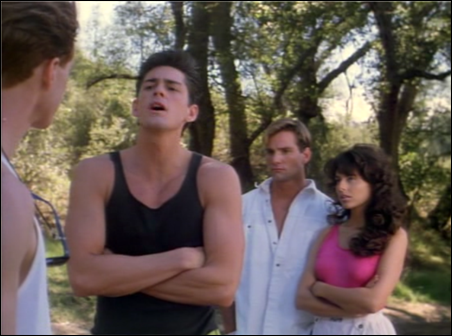 "Relax guys, a cop just showed up and told me the caretaker had an accident while chopping wood. He's at the hospital and should be back later."

Wait, you guys were thinking of leaving? Nonsense, let's go drink some beer! 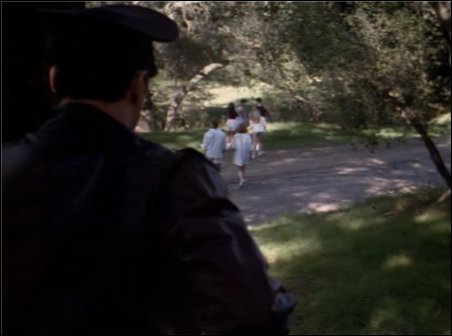 Psycho Cop loves it when a plan comes together

We're minus a caretaker at this point, but what will happen to the rest of our motley crew? You'll have to wait until part III of this review to find out!