Back in 1985 Steven Spielberg and NBC partnered to bring a new Twilight Zone-esque series to network TV. The ads running up to the debut of the series seemed to run forever, making the series a standard topic of conversation for the kids on my block. 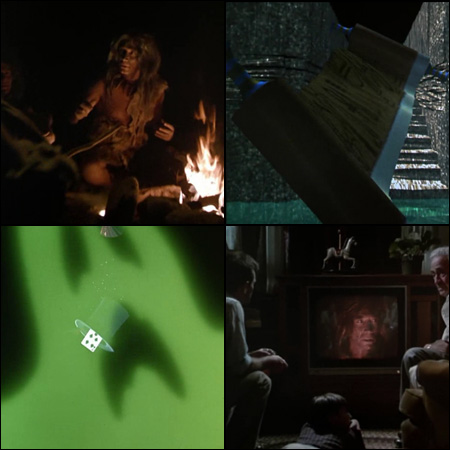 And when the first episode debuted with its catchy theme music and totally awesome computer graphics, it sure didn't disappoint. Well, at least it didn't for me, though I was really surprised to learn that the show only had two seasons from 85-87 due to a lack of ratings.

But never mind that, let's take a look at the first episode of Amazing Stories. This one is called Ghost Train and stars a young Lukas Haas. 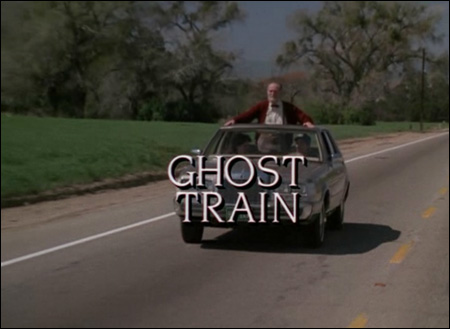 The episode starts with the mom and dad driving dear old Opa home to live with them after a stay in the old folks home. For some reason, Opa seems intent on spending the entire car ride standing up where he voices his concerns about where his son chose to build their dream house. Yeah, Opa's a little eccentric, but that just adds to his charm. 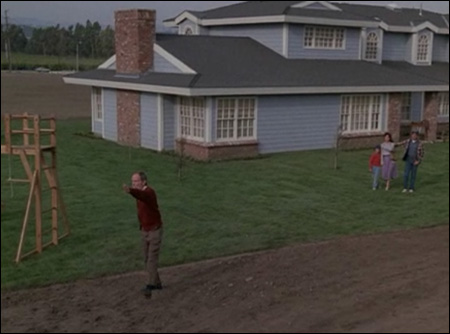 Upon their arrival, dear old Opa freaks. You see, the location of the house is all wrong and there are only 19 minutes left in this episode, so there's no time to dawdle (I could have sworn this show was an hour).

So Opa and the son, Brian are walking the property while Opa regales the boy with fascinating stories of the indians who fought on this very land, oh yeah, and that good old High Ball express that used to run through this very stretch. 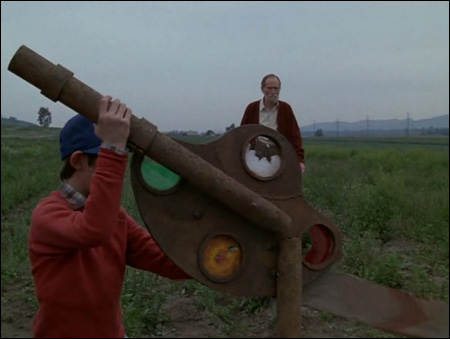 "You mean a train used to run through here?" Oh that would explain this signal... 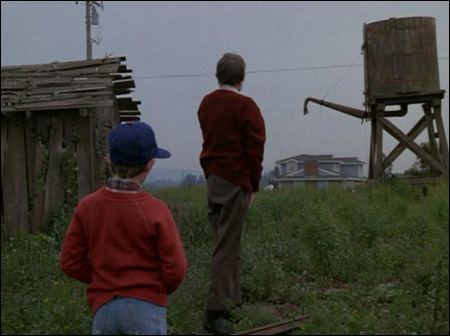 Brian's not too observant because there is literally a water tower and train tracks just yards from the house...

But that's ok, because there's a bigger problem, you see, Opa claims he can hear the old train coming. 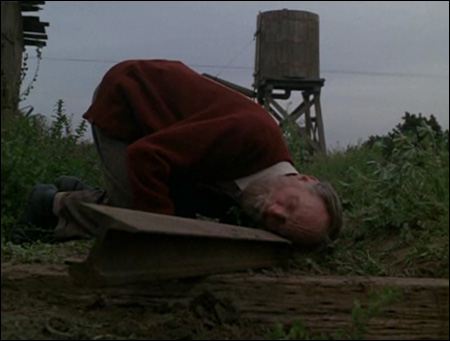 That's no good, no good at all. Not with the house in the way. You see, Brian, a funny thing sorta happened. A long long time ago, a young boy fell asleep on the tracks while waiting for this train. When the train approached, it blew its whistle, but the boy never woke up, so the brakeman slammed on the brakes causing the train to derail, killing everyone on board. 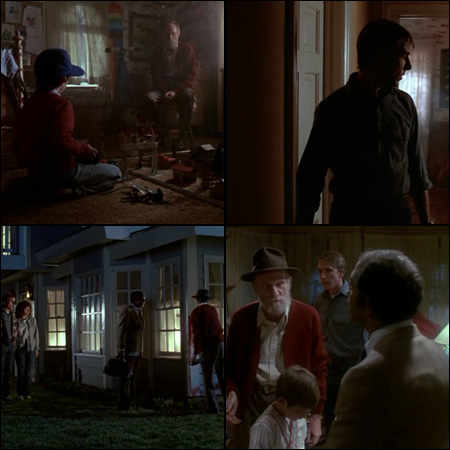 Well, dad overhears that conversation and doesn't much approve of it. Especially when they find Opa outside tagging the house. So they call over the doctor who pumps Opa up with tranquilizers and put him to bed. But that's a problem because the High Ball is coming tonight and he needs to be on it since he missed it last time, due to the derailing and killing everyone and stuff.

So the family settles down, Opa is comatose, and Brian falls asleep with his head on his model train tracks. Well, this is an amazing story, so you can probably guess what wakes him up. 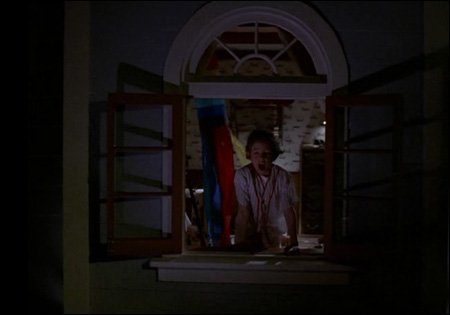 The house begins to tremble and, you guessed it, it's the High Ball express, right on time and heading right through their house. 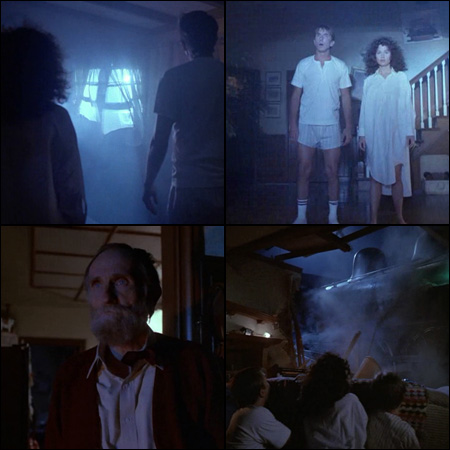 Then a freakin' ghost train comes crashing through their house, causing all sorts of damage. Not to stop suspending disbelief or anything, but wouldn't a ghost train simply pass through the house?

Either way, the train stops in the middle of their living room... 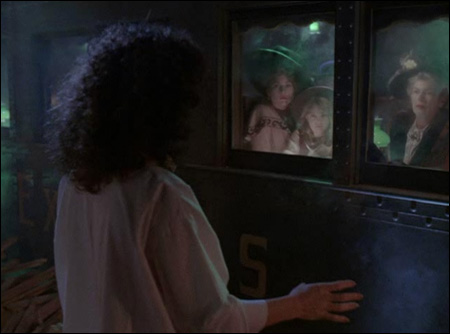 The conductor let's Opa know that they've been waiting a long time for him and Opa even saved his ticket from that fateful night. 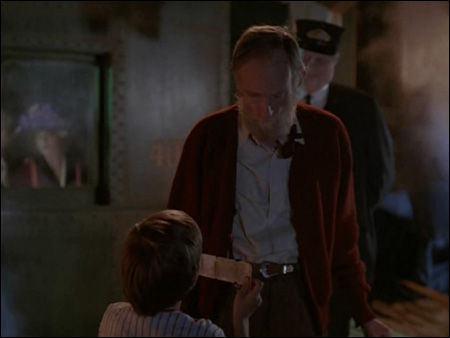 And that's that. For some reason, all the ghosts on the ghost train are happy to see the old man even though he was responsible for killing them all some 70 years ago and the train continues on its way. 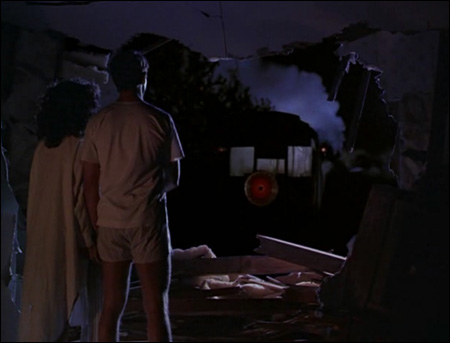 The train leaves and the rest of the family is left wondering what the hell just happened and who is going to pay for all of this ghost train damage.

Was it an amazing story? I'll leave that to you, but I can say that I actually remember seeing this one on TV back in the day and was totally blown away by the passengers in the period costumes...have they simply been riding the train this whole time? 25 years later, it seems a little hokey for a prime time television show, but all 80s TV seems that way now.