Ah, the daily compulsion. Whether it's the website you just have to check or that daily cup of coffee, the day just doesn't go smoothly until you satisfy it. For me, it's the New York Times crossword puzzle.

I started to get into the NYT crossword from buying the Sunday paper. Bear and I would spend our lazy Sunday afternoons working the puzzle together. But then something magical happened. As I began buying the daily newspaper, it occurred to me that they also syndicate the puzzle during the week: 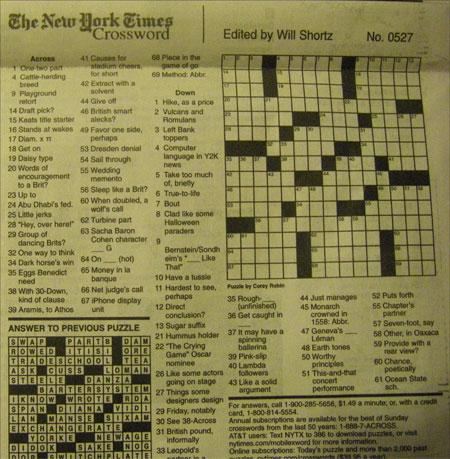 I am writing this on a Wednesday and have found that the Wednesday puzzle is generally a nice bridge between difficulty levels. You can definitely solve it on your own, but it'll take more time than a Monday or Tuesday puzzle. 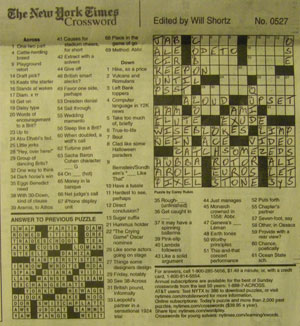 For example, this puzzle is themed (another commonality of the NYT puzzle). There are three long across answers that all contain something that Brits do and the clues have question marks, letting you know that they're a play on words.

This puzzle continues with keep in lorryin and catch some zeds in true British spirit. 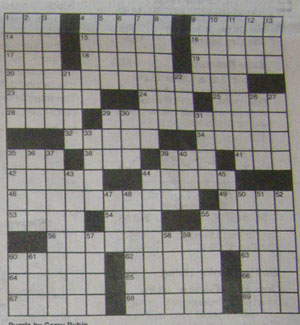 Some other interesting bits of trivia about the New York Times Crossword: 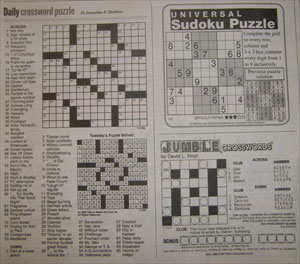 Of course, if your local paper is like mine, they also feature a Daily Crossword, but I've found that the daily puzzles lack a theme and the art/science/literary references that make the NYT puzzle so famous. It's the Wheel of Fortune to the NYT's Jeapardy!