I know, you're thinking Major Dad and Halloween episode...life just couldn't get any better. It's like the day peanut butter met chocolate- candy for the mind.

It's so good, in fact, I think it would be best if we just dove right into it instead of dilly-dallying or trying to make polite conversation first. 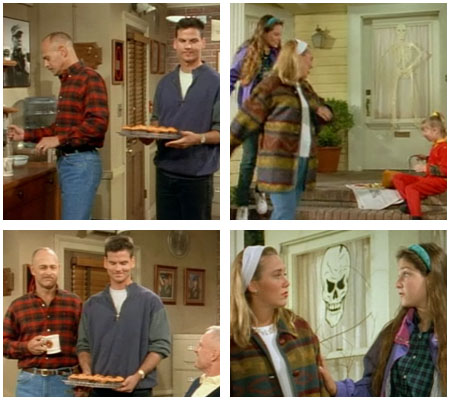 The episode opens at Major Dad's office. It's Halloween, it's a Saturday, but they are all at work? Unfortunately, they have to finish a report by today, so everyone had to roll up their sleeves and pitch in. Fortunately, he's Major Dad, so he's not to peeved by the whole thing.

The Lieutenant is trying to make the most of his favorite holiday with gags and cupcakes when the General comes in and offers his help. Well, one thing leads to another and the General keeps erasing the reports on his computer, meaning they have to continually start all over.

Adding to this Sisyphus like nightmare is Casey. She is carving her pumpkin and just wants some help putting her costume together, but nobody will help her. Robin and Elizabeth are too busy going to the thrift store to get their costumes and Mom is up to her eyeballs doing her election work. Nobody has any time for poor Casey... 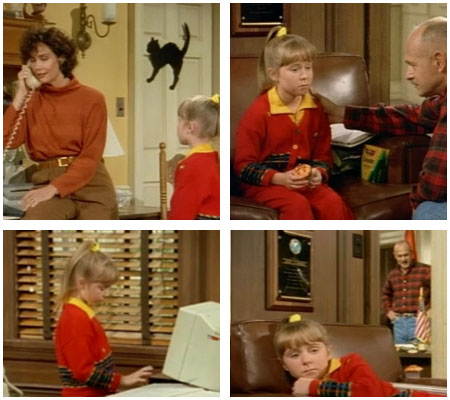 So Mom gets called into work meaning Casey will have to stay at Major Dad's office where there is absolutely nothing at all to do. Everyone is too busy working on their report to pay any attention to her. So to occupy herself, she goes over to Major Dad's computer and, you guessed it, deletes the entire freakin' report.

Major Dad and the gang are all really upset because not only did they have to work all Saturday, they're going to have to continue working through the night. Luckily for Casey though, the General is kinda downsey, so everyone assumes he deleted it. The bad news for Casey, is that Gunny feels her head and notices that she has a fever! 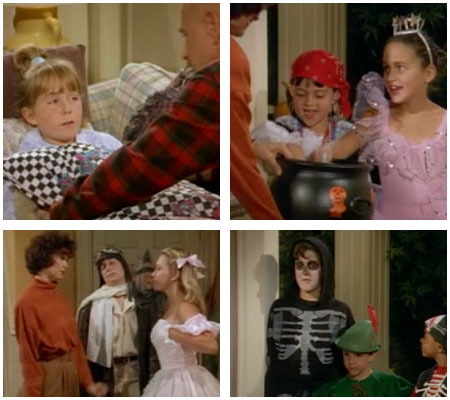 It's Halloween and poor Casey is stuck on the couch where she's subjected to the horrors of watching other kids trick-or-treat. 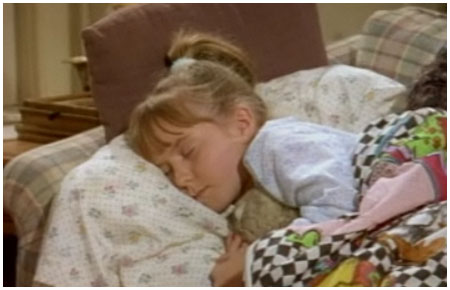 Casey nods off to sleep, but being a child with a fever, she is naturally unaware of that fact. Just then there's a knock at the door...why it's another little girl just like her, only she's trick-or-treating. 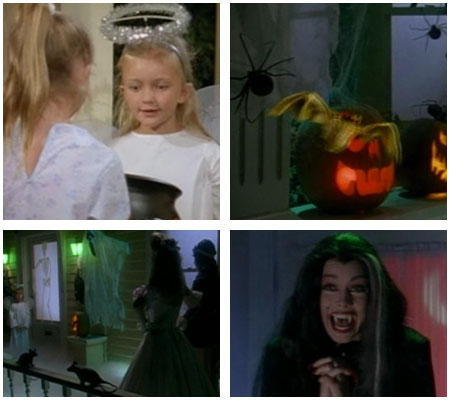 "Tell, you what," Casey says, "I'll give you all of this candy for your costume?" Well the girl agrees and Casey is set with a costume, which is always why you escort your children when they go trick-or-treating!

But just then something happens, the screen cuts to a completely awesome transition shot. It's a creepy sky, a poorly animated vampire bat, then no, it's their jack-o-lanterns. Casey finds herself on the porch where's she's greeted by Robin and Elizabeth. Only they're sorta uglier than before and they're calling Casey names and chasing her with a live snake!

Inside, Mom says that they're just awful because they're teenagers, but is that Mom or a vampire version of Mom? 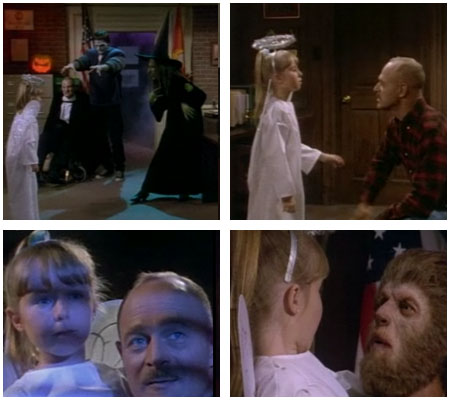 Well, Casey escapes from the house and heads on over to Major Dad's office, but it's no use. The Lieutenant turns into Frankenstein, Gunny turns into a witch, and the General turns into the Phantom of the Opera. Even though Casey is to young to get that last reference, she's still terrified. Luckily she makes it to Major Dad's office. He's tries to calm her down. "Look," he says, "there's nothing out there but that full moon..." Unfortunately the full moon turned Major Dad into that guy from Fleetwood Mac and now everything is starting to look grim. 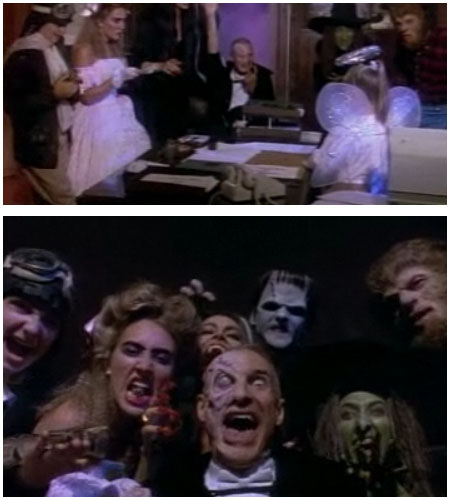 Slowly all the monsters fill Major Dad's office where they surround Casey and threaten her. But luckily Casey wakes up in time to Mom and Major Dad comforting her on the couch. It was all just a dream...and everyone is there, even the General. Well, Casey apologizes and they gingerly forgive her like all military parents do. Besides, it's Halloween, so let's all just have a big Halloween party! 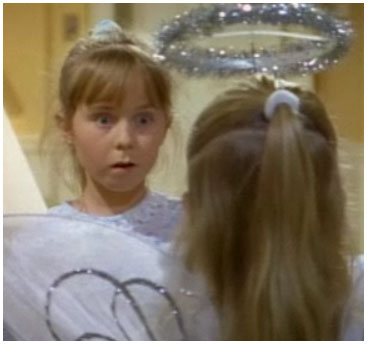 Just not before we end this just like every other Halloween sitcom episode!

Well, I just hope that you, gentle reader, understand what I went through to bring you this review. And just in case you're really bored, this episode is called There's No Place Like Farlow, but I really think you've seen enough already.