Holidays used to mean good TV. Be it Garfield, Charlie Brown, or even just a holiday themed episode of a classic sitcom, I used to love me a good holiday special. And if that holiday special happened to be a Halloween special, then all the better.

I think that's why I was happy to find the Paul Lynde Halloween Special. A way to celebrate by proxy. In case you're not really sure what the words Paul Lynde Halloween Special are all about, Paul Lynde was a comedian/actor who was probably best known for holding the center square on Hollywood Squares and for playing Uncle Arthur on Bewitched. In this instance, they actually gave him his own one hour Halloween themed variety television show. Back in the day, people watched this sort of thing for entertainment purposes.

Though, had I known what the Paul Lynde Halloween Special was, then perhaps I might have thought twice before adding it to the Netflix queue. 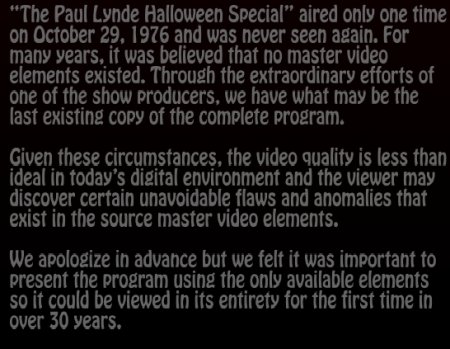 It only aired once?

I think this opening message serves more as a caveat than anything else. It's a polite way of asking "are you sure you don't have anything else you could be doing for the next 54 minutes?"

But caution be damned, let's begin shall we? 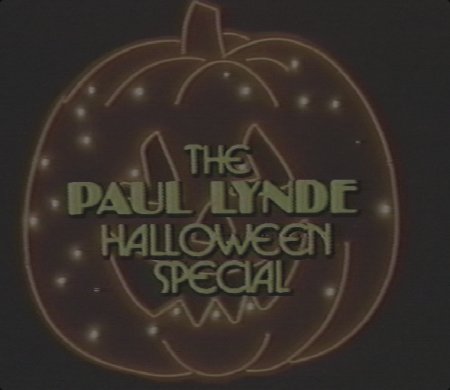 The special starts with a comic bit where Paul Lynde knows there's a holiday, but can't remember which one. Luckily his maid, played by Margaret Hamilton, is on hand to help sort out the confusion and the opening credits roll. 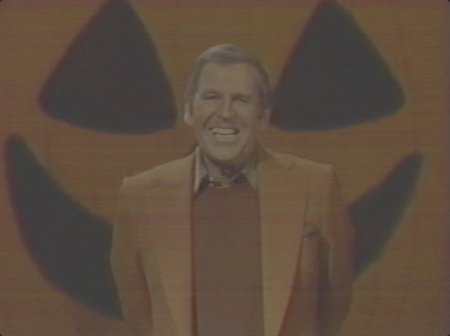 This is where things start to get a little weird. Paul goes into a little stand-up routine and then a musical number where he revises What's the Matter with Kids Today to some exotic disco and mustached background dancers. The Osmonds show up for about 10 seconds and are never seen again and Margaret Hamilton suggests that perhaps they should travel to her sister's house so that they can get away from all those pesky kids.

Upon arriving at the sister's house, Paul quickly discovers that not only is she a witch, but, you guessed it, Margaret Hamilton is one too. Margaret Hamilton revises her role as the wicked witch from the Wizard of OZ and the sister plays a character named Witchiepoo (from H.R. Pufnstuf).

Well, the sisters announce that they need Paul's help with some PR since witches are getting such a bad rap. In exchange, they'll grant him three wishes, and the special really gets going.

Up to this point, the comedy is forced and the musical numbers are bizarre, but it's here that the special becomes one giant non-sequiter.

Imagine being granted three wishes. Anything you wanted. Money, Power, Fame, etc. All of those are viable choices. But not for Paul Lynde. With his first wish he decides that, more than anything in the world, he wants to be the Rhinestone Trucker. 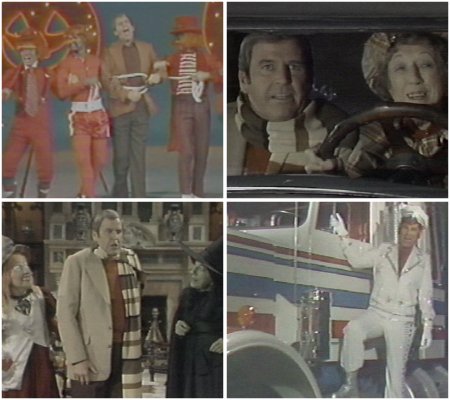 The Rhinestone Frickin' Trucker. Seriously, what does this have to do with anything? Why all those Rhinestones? Why the singing? Why a trucker? And is that a jumpsuit? 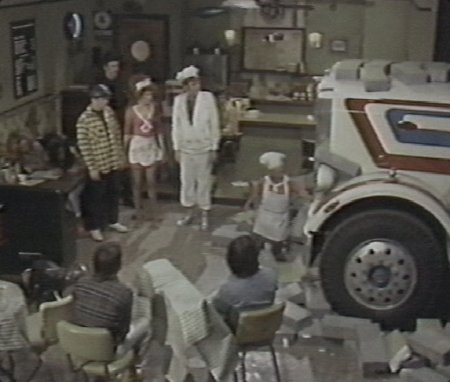 This bit makes no sense. It starts out with Paul Lynde and Tim Conway talking over the CB. They both realize that they're headed to the same cafe tonight to marry the same woman. Well, there's a race, they have a show of strength, and then there's a midget. And it all ends with a musical number about truckin'. 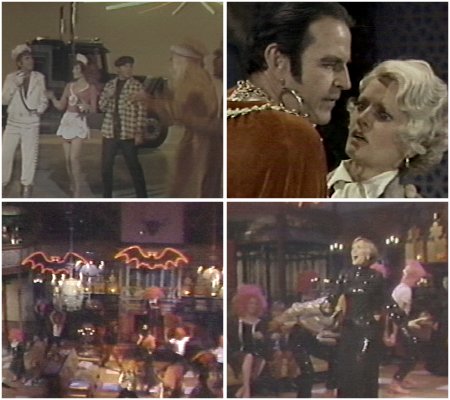 Paul then gets transported back to Witchiepoo's house where he gets his next wish that involves seducing Florence Henderson in the middle of the desert. And Tim Conway's in that one too. At this point Bear turned to me and asked how long this special was. It was that good.

For his third wish, Paul decides to let the sisters decide and they want to go to a real Hollywood nightclub. There's disco dancing and Florence Henderson sings a disco version of Black Magic (and let me tell you, Mrs. Brady can shake it).

Then they introduce a very young looking KISS. Yep, in the midst of all of this, someone decided that KISS would be a great addition. 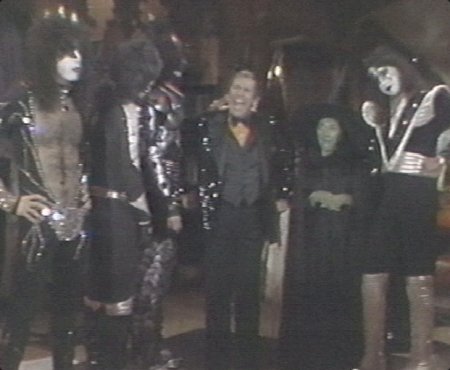 "I think I know how you guys got your name. You had a fight and your mother's told you to KISS and make up."

KISS does a couple numbers throughout the show, and then it all ends with another disco song and some impromptu dancing. 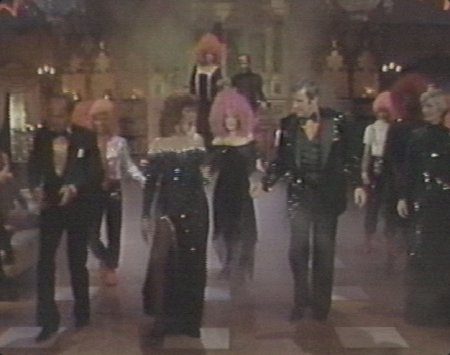 Bear and I were dumbstruck. What had just happened? Was that real? Did you put a tab of acid in my cereal this morning? Is there a carbon monoxide leak in our apartment? Are we missing time?

Anything would have been a better explanation. But, as far as I can tell, it was real. Even as a write this, I can't really make sense of it all. It's one thing to say "Yeah I saw this Paul Lynde Halloween special and it was really surreal." It doesn't do anything to convey what actually happened. It's like saying, "So I woke up in the middle of surgery and it hurt." One the plus side, I think I finally get what Prufrock was all about.

"It is impossible to say just what I mean!
But as if a magic lantern threw the nerves in patterns on a screen:
Would it have been worth while If one, settling a pillow or throwing off a shawl,
And turning toward the window, should say:
'That is not it at all,
That is not what I meant, at all.'"


If you ever get the chance to watch this, I guess I'd recommend it, just for the experience. Then, maybe one day we'll meet. Perhaps we'll exchange knowing glances from across the room at a costume party in matching Rhinestone Trucker costumes. In that moment, we'll both be comforted knowing that at least there's someone else. Someone who knows what you mean.