It's time. It's finally time. If you're reading this, then you're probably like me, spending late August to early September trawling the local shops for the first signs of this blessed season, wondering if it is too early to start putting out the decorations, practicing a silent restraint so as not to go all out too early.

But today my daughter asked me if we could take those photos and put them on the web. "The Halloween stuff?" I asked. "Yeah, can we take the Halloween pictures, those are fun."

She's only four, but she knew it was time. So this year, I'm letting her make the call- It's time for 2018's Halloween Extravaganza to officially begin. 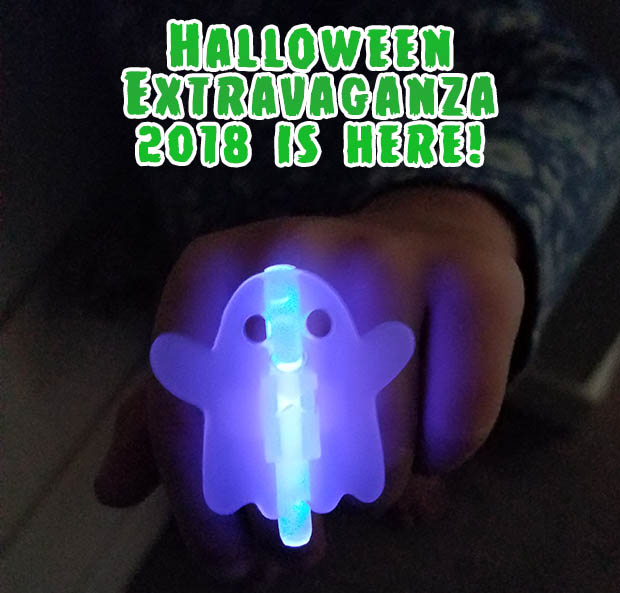 I've got to admit, I'm particularly excited for Halloween this year. And, when you think about it, we're really in the sweet spot in terms of being able to enjoy anticipating the holidays. Once Halloween nears, you blink and it's suddenly January 1st. But it's only September 20th as I write this, so there's still time to breathe. Time to plan. Time to be frivolous with your time. But in fear of turning this into a cooking blog, where you have to slog through some poor soul's grief over their long dead father before they tell you how long you should boil an egg- let's get straight to it.

Getting straight to it: 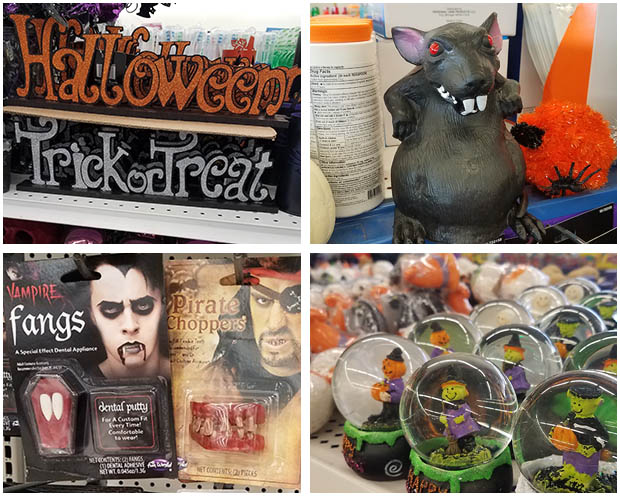 As I said earlier, this time of year is all about seeing who has their Halloween wares out first. So we've been patrolling the usual haunts: Dollar Tree, 99 Cents Only, Target, Kmart.

Someone needs to talk about Kmart.

Burbank is an odd time capsule of a place in that it has a ton of mom-and-pop stores that sit just across from the studios. We're actually just a short walk from a scrapbooking store, model train store, baseball card store, Halloween store (more on this one later), several dark art/goth stores, and various vintage & antique stores. There's even a Kmart. Inspired by this tweet about Jesus Harvest Seeds, we decided a family shopping trip was in order.

We didn't find the Jesus Harvest Seeds, but good lord you could write a dissertation on Kmart. It's no secret that they are facing some seriously dire circumstances, but holy hell. 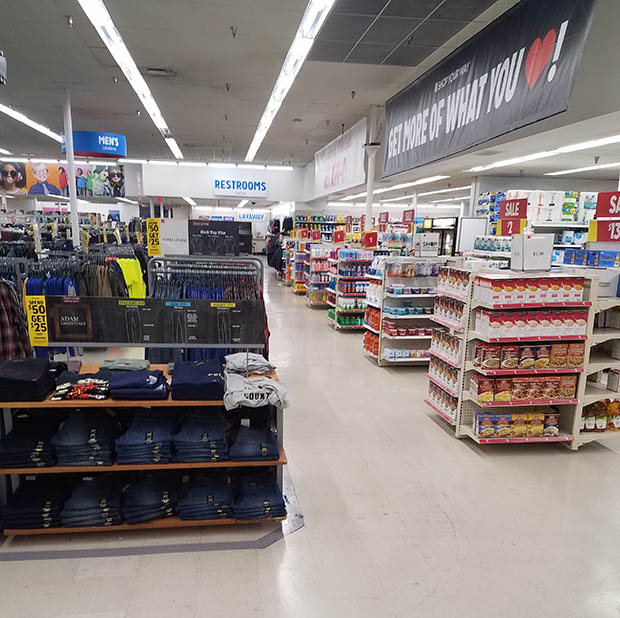 Burbank may be in the valley, but it's still a busy place, so the first thing that really struck me about walking into a Kmart was the sense of solitude. It was almost overpowering. The store is huge, it's full of merchandise, but there's nary a soul to be seen.

And then the despair just washes over you. 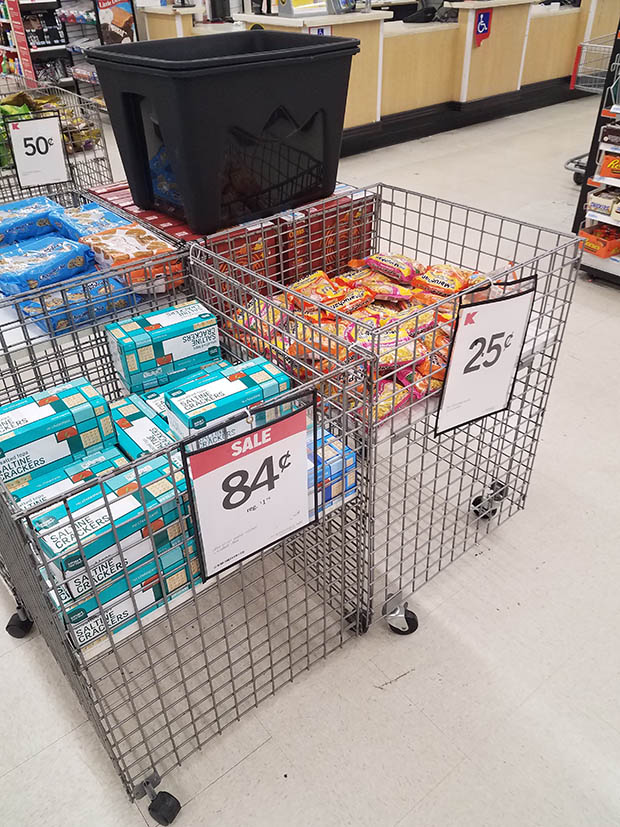 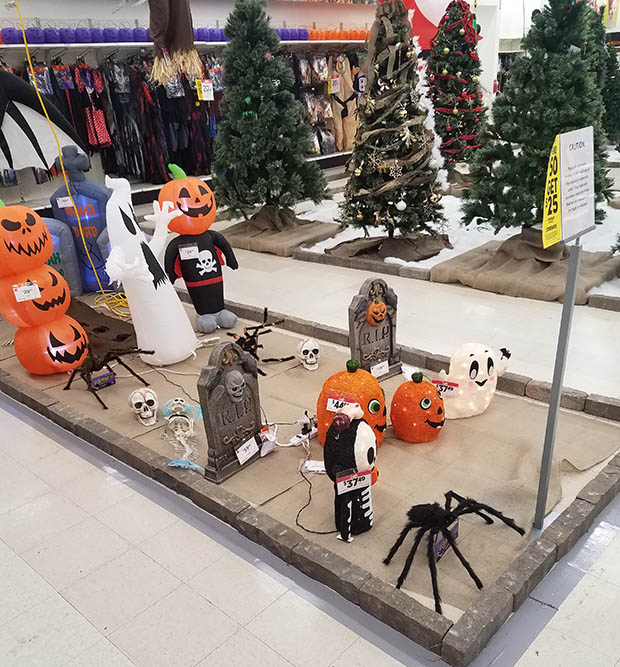 The Halloween displays sort of wandered a drunken path. This might be because the store is gigantic and they wanted it to appear to look full. But then there was the fact that it was interwoven with the Christmas merchandise. It wasn't clear if they were still rolling out merchandise, or if they simply didn't bother taking it down last year. Is this place even open for business or did they just decide to abandon it, leaving the front doors unlocked. 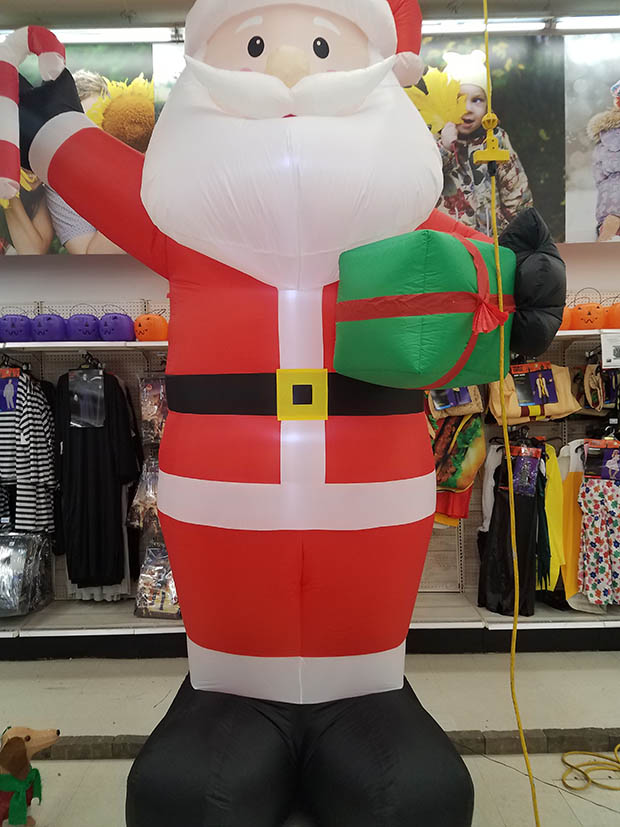 Stockings next to jack-o-lanterns, elves poised neatly beside costumes. The whole scene was downright confusing. I had to check the date on my phone. What month is it? What year is it? Is the Kmart cafeteria still a thing? I could use a hot pretzel.

You ever see that really cool haunted radio at Target? Yeah. 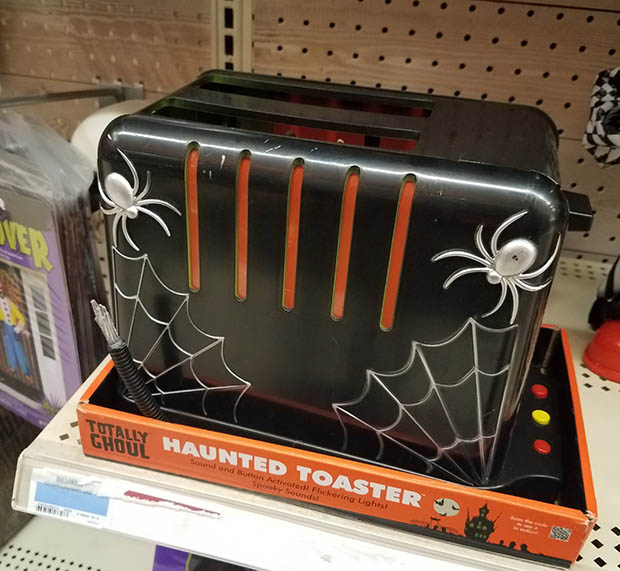 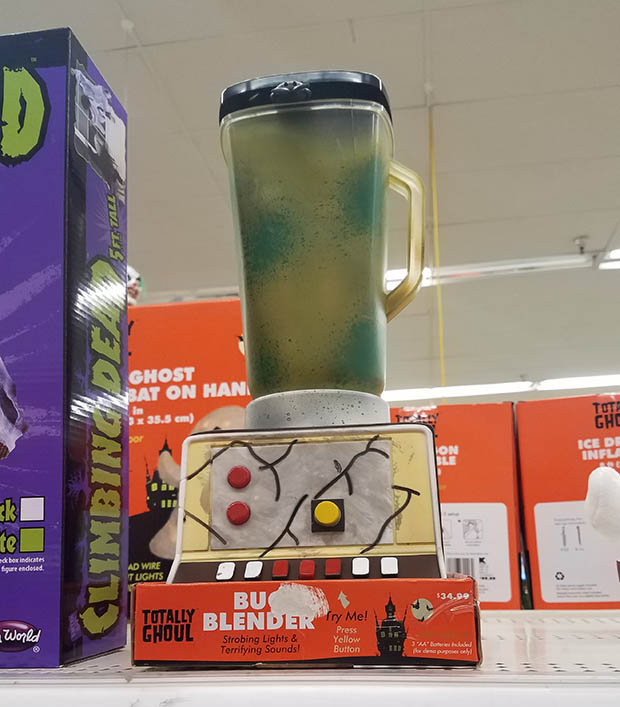 Sadly, Kmart was a bust, but we did acquire some worthwhile goodies at the more mainstream haunts, so let's talk about these foam pumpkins and pumpkin decorating kits from Dollar Tree. 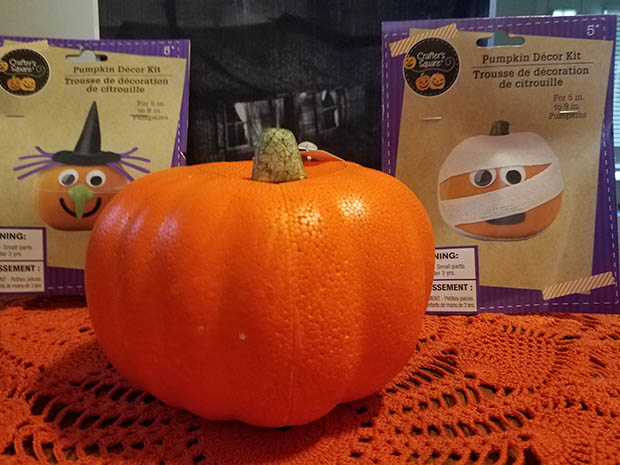 Two kits and two pumpkins brings us to four dollars of fun. Anything that keeps the kids occupied (that isn't TV), is a win in my book.

These decorating kits are intended for actual pumpkins, but I hate buying real pumpkins so early in the season because it is still valley-hot out and they'll turn to soup before we see October. The foam pumpkins were advertised as carveable, so if the costumes don't hold up, we'll turn them into jack-o-lanterns.

I have to say that the $1 craft kits have really improved lately, with the end result actually resembling what was advertised: 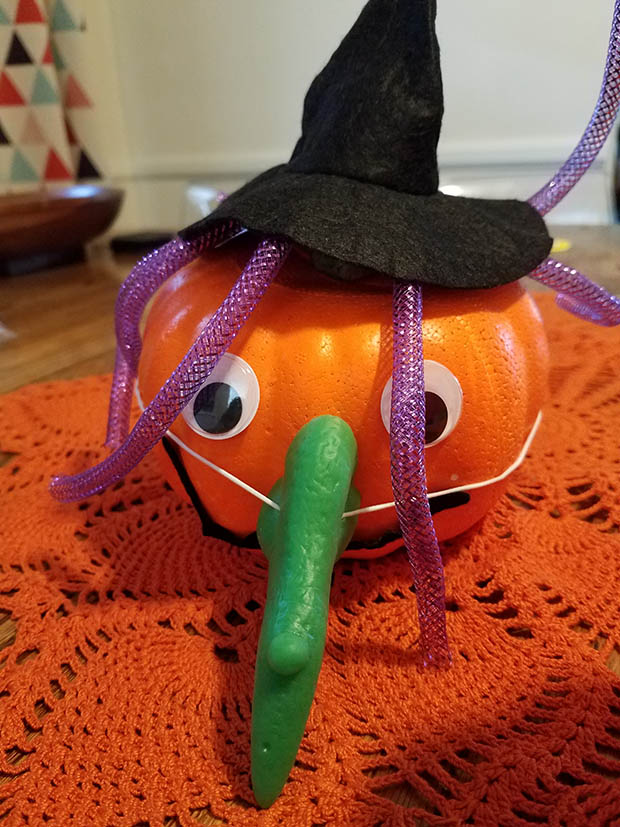 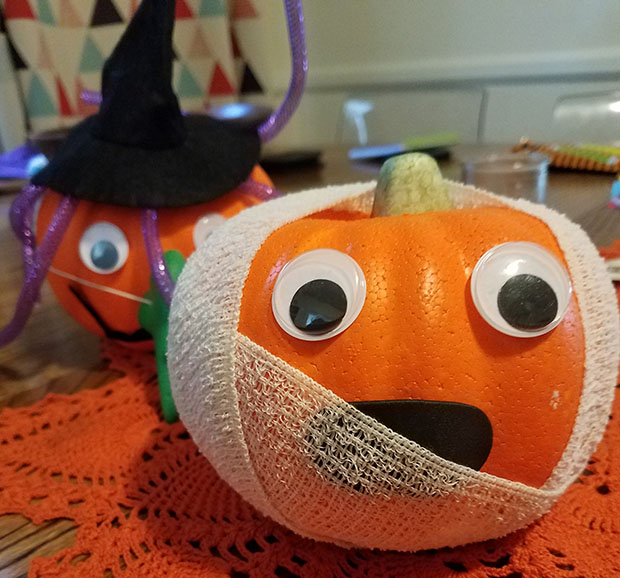 The foam pumpkins and decorating kits were a hit, and not just among the four and under crowd.

This year, I've got some posts that I'm really looking forward to sharing with you all. I've got some great Halloween records, a film or two that I've been meaning to review for ages, as well as some spooky sights and tchotchkes that you won't want to miss.

As always, thank you for stopping by and check back often- we're just getting started.