Is it Halloween Yet?

Today was one of those nice fall mornings here in the northwest. Sunny, but the air was crisp and it carried with it all the smells of autumn. Well, maybe not Halloween candy and jack-o-lanterns, but still, there's a certain smell. To make matters worse, I noticed that both I-mockery and X-E started their respective Halloween countdowns, so what about OPW? 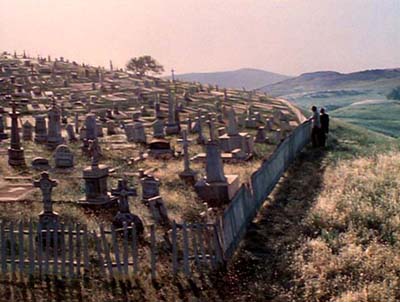 Well, I spent today designing, so we should be up and running any day now. On the downside, I seemed to have 'misplaced' our camera, so that might put a hitch in the proverbial getty up.

Either way, we'll be back. It might be in LOFI, but we'll be back with an actual Halloween Extravaganza this year.

So we've been camping quite a bit this summer. And by 'quite a bit', well, we've basically been every weekend so far. I guess that after so much crummy weather this year, the thought of staying home on a weekend just isn't appealing. There's something so nice about simply gathering around the campfire at night and talking sans TV, internet, phone reception, etc.

We've taken to telling ghost stories by the campfire at night and it's become something of an addiction. I managed to find a few decent collections of ghost stories so far. They're mostly intended for younger audiences, but we find that we can enjoy them just as much. And then there's the creepy pasta.

I know that it's been around a while, but we only recently discovered it. For those of you who are as slow on the uptake as I am, creepy pasta is an internet meme of sorts where the object is to come up with an original short story (emphasis on short) that will scare the living bejeezus out of you.

You blink your eyes and pull up on your elbows. Your clock glows red in the darkness — it's 3:23.

"Do you want to climb into bed and tell me about it?"

The oddness of the situation wakes you up more fully. You can barely make out your daughter's pale form in the darkness of your room. "Why not, sweetie?"

"Because in my dream, when I told you about the dream, the thing wearing Mommy's skin sat up."

For a moment, you feel paralyzed; you can't take your eyes off of your daughter. The covers behind you begin to shift

The Photograph
One school day, a boy named Tom was sitting in class and doing math. It was six more minutes until after school. As he was doing his homework, something caught his eye.

His desk was next to the window, and he turned and looked to the grass outside. It looked like a picture. When school was over, he ran to the spot where he saw it. He ran fast so that no one else could grab it.

He picked it up and smiled. It had a picture of the most beautiful girl he had ever seen. She had a dress with tights on and red shoes, and her hand was formed into a peace sign.

She was so beautiful he wanted to meet her, so he ran all over the school and asked everyone if they knew her or have ever seen her before. But everyone he asked said "No." He was devastated. When he was home, he asked his older sister if she knew the girl, but unfortunately she also said "No." It was very late, so Tom walked up the stairs, placed the picture on his bedside table and went to sleep.

In the middle of the night Tom was awakened by a tap on his window. It was like a nail tapping. He got scared. After the tapping he heard a giggle. He saw a shadow near his window, so he got out of his bed, walked toward his window, opened it up and followed the giggling. By the time he reached it, it was gone.

The next day again he asked his neighbors if they knew her. Everybody said, "Sorry, no." When his mother came home he even asked her if she knew her. She said "No." He went to his room, placed the picture on his desk and fell asleep.

Once again he was awakened by a tapping. He took the picture and followed the giggling. He walked across the road, when suddenly he got hit by a car. He was dead with the picture in his hand.

The driver got out of the car and tried to help him, but it was too late. Suddenly he saw the picture and picked it up. He saw a cute girl holding up three fingers.


So far those two are my favorites, but if anyone knows of any other good ones, please let me know. Happy camping!

So I was driving along the highway yesterday on my way to meet a customer when I noticed a paper bag on the road. I get a little closer and realize it's not a random piece of debris, but three tiny ducklings! Being in traffic, I couldn't swerve in time, so I did my best to make sure they went under my car and checked the rear view mirror to make sure they were still there. They looked dazed, but were still moving and the car behind me avoided them.

Instantly the adrenaline started going along with the guilt of possibly hurting baby ducks. I make it about a half mile further when I realize that nobody else is going to do anything to help because the left shoulder is too narrow and you can't stop...so I exit and loop back.

I get into the left lane, slow way down with the hazards and pull right up to the ducklings. There were only two left at this point, but luckily they had made it to the left shoulder. I happened to have a box with me so I grabbed it, stopped the car and leaped out, intending to scoop them up quickly and be on my way. Instead of thanking me- the two !#$%$##ers took off running! So there I am flailing with a box and running full boar down the freeway... 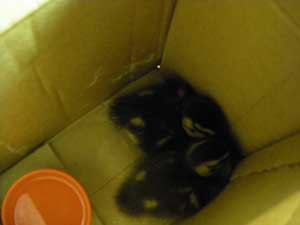 Luckily I caught up and managed to get both into the box and make it back safely to the car. The two ducklings were in total shock in the pic above and it took them a good two hours to snap out of it. We gave them a warm box for the night and plenty of food and drink, but unfortunately, the smaller one died hours later. It was having problems standing, poor thing had a bad day. 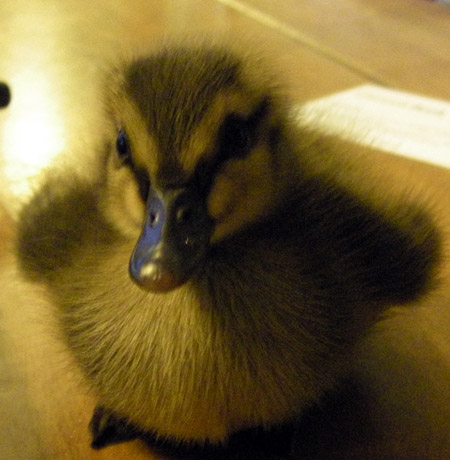 The bright side is that the other guy made it through the whole ordeal unscathed. I took this pic the next morning after he enjoyed a hearty breakfast of meal worms and some greens. 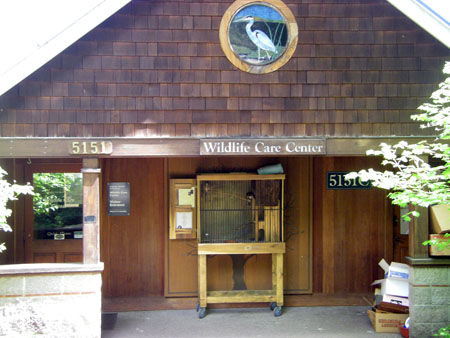 The stars were on this little duckling's side as that night, we randomly caught a bit on the local news about how the Audobon Society in Portland will care for orphaned ducklings (though they do ask you some questions to make sure they are indeed orphaned and to make sure you aren't unintentionally kidnapping the little guys).

We're still a little saddened by the loss, but at least one made it through ok. And in case anyone is wondering, the people at the Audobon Society said that the duckling was a mallard and probably hybridized because its markings are a little darker than normal. If you live in Portland, I recommend visiting their facility, it's pretty interesting and they have some really beautiful birds living there.

Long before Knott's was bought out, they made much more of an effort to make it a true theme park as opposed to your run of the mill thrill rides and tank tops type of amusement park. Sadly, those days are gone, but thanks to the wonders of the internet, we can still look back at some of the park's great rides. 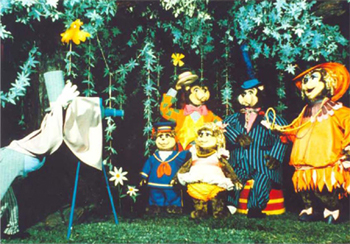 Bear-y Tales was a long standing favorite of mine as a child. It was the quintessential dark ride that told the story of a family of bears, coyotes, and a gypsy camp. The bears baked pies and they even went so far as to make the ride smell delicious, which is probably why I enjoyed it so much.

Well, all good things come to an end and the folks at Knott's replaced Bear-y Tales with Kingdom of the Dinosaurs, which was a great ride until they implemented some new safety regulations that caused it to stop every ten minutes. They tried to overcome the incessant pauses with a narrative on paleontology, but you can probably imagine how well that went over.

At any rate, I'm leaving you with this wonderful home made ride through of Bear-y Tales on what I am led to believe is the last day the ride was in operation. And, in case you're wondering, the current spot that once featured these great rides is still sitting vacant after all these years...